It’s 6 A.M. in Nuremberg. A single black cat, which has been out all night, sits on the sidewalk and waits for its food-bearer to wake up.

It does what a cat does in these circumstances: it licks its paw from time to time, looks around and listens.

And since a cat’s ears are much more sensitive than a human’s will ever be, it might even hear the roars in the distance, carried to it by the wind. It might hear the opening of the first bottles of beer. It might even already anticipate the cohorts of cars that will be along in just a few more hours. And in its little mind, which usually only cares for mice, birds, and maybe absentmindedly scratching at its owner, it might think: “Oh, bugger.”

It is October 3rd. It is the Day of German Unity.

Buckle up, kiddos. This is going to be one long story.

The Division of Germany

After WWII, the Allies – the US, France, Great Britain and the Soviet Union being the most prominent of them – decided they’d better give Germany a helping hand. The country is divided into four occupied zones, as is the capital city of Berlin. Then, in 1949, the Federal Republic of Germany (FRG) is founded in the Western zone, quickly followed by the German Wirtschaftswunder, with big help from the US-provided Marshal Fund. Germans suddenly have money, and goods are flowing in. The industry takes off, people start working again, children go to the newly built schools and learn about democracy and the rights of humankind all over the world. 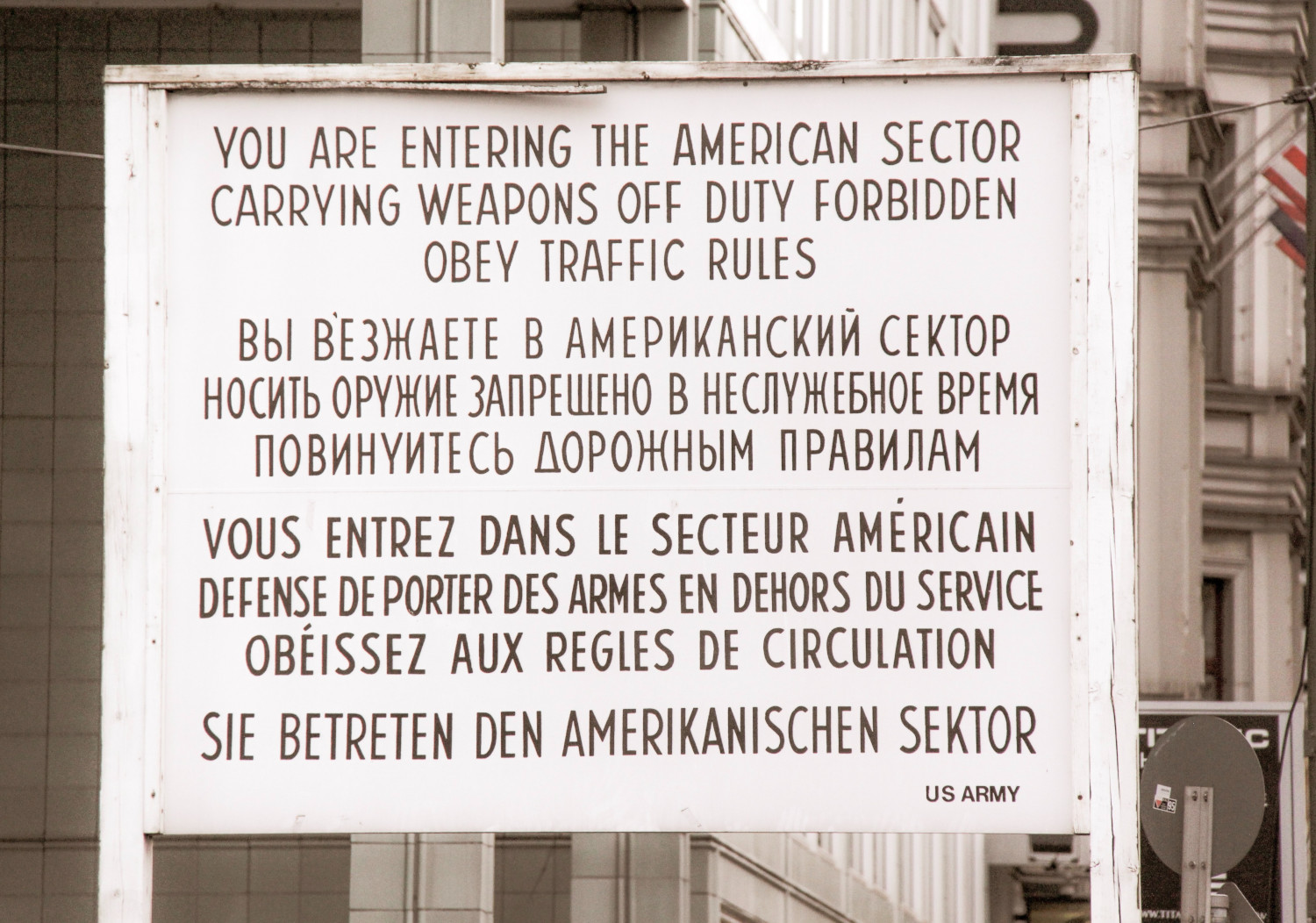 Photo by Tanja Cotoaga on Unsplash

In the Eastern zone, occupied by the Soviet Union, another state emerges: the German Democratic Republic (GDR), founded just like the FRG in 1949, led by German communist leaders united in the Socialist Unity Party of Germany (SED). The Soviets quickly realize that if their Communist Revolution is to have any chance of succeeding, they need the power of the people – especially those people currently residing in the capitalistic West. Only a few years later, money and goods start to come into the East as well.

The big problem the Soviets have, though, is their desire to plan for every possible outcome. A state-directed economy means that the people will surely have everything they need to live, but not much else. Whereas ingenuity and inventiveness soon consume the westerners, the easterners have to be content with the knowledge that all of their work – in positions they generally get allocated to without much say – will further communism and the revolution, but not necessarily themselves.

These circumstances lead to hundreds of thousands fleeing to the West. Finally, in the year of 1961, the SED has come to terms with the current status quo: people are leaving left and right, bleeding the GDR of its workforce. After a short consultation with Moscow, the result is the Berlin Wall, taking decades to complete, getting more sophisticated year by year, effectively cutting off westerners and easterners from each other, and killing around 270 people. If anyone had any doubts about Germany being divided forever, now was the time to turn those doubts into belief.

After the construction of the wall, many people still try to flee. They dig tunnels or swim through the Elbe. One of the riskiest flights might have been one undertaken by the families Strelzyk and Wetzel: they built three balloons, the third and last one offering space for eight people, and flew into freedom. Peter Strelzyk later said: “Freedom is, I believe, the most valuable thing a human being can possess; but the only people who know that are people who had to live without it. If you’ve grown up free, you don’t know what it means. You take it for granted.”

Others hold out living in embassies of the FRG, and sometimes finally got the chance to flee to the West after several months, like it happened in Prague. Those who remain in the East and oppose the system or speak their mind about the political elite are pushed down hard. Prison sentences for making jokes about Erich Honecker, the then-leader of the SED, become normal. Anyone not in line has to fight with disadvantages in work and everyday life.

The Fall and German Unity

Finally, by 1985, the people have had enough. The first protests start, demanding free elections, freedom to choose their own occupation and, possibly most importantly, freedom of travel. The protests grow bigger and bigger, especially in the larger cities of the East like Leipzig and Dresden. Protected by the church and finding a loud resonance with the people of Western Germany, they continue until 1989 when the SED realized that if they did not give some concessions to the people, the GDR might not survive. So, on November 9th at around 6 P.M., Günther Schabowski, a member of the SED, is tasked to proclaim a new law that allows travel to and from the western zone. What nobody had told him: the law should come to pass a day later at 4 A.M.. After he is asked, though, his immortal words are: “From what I know, this law applies forthwith. Immediately.” 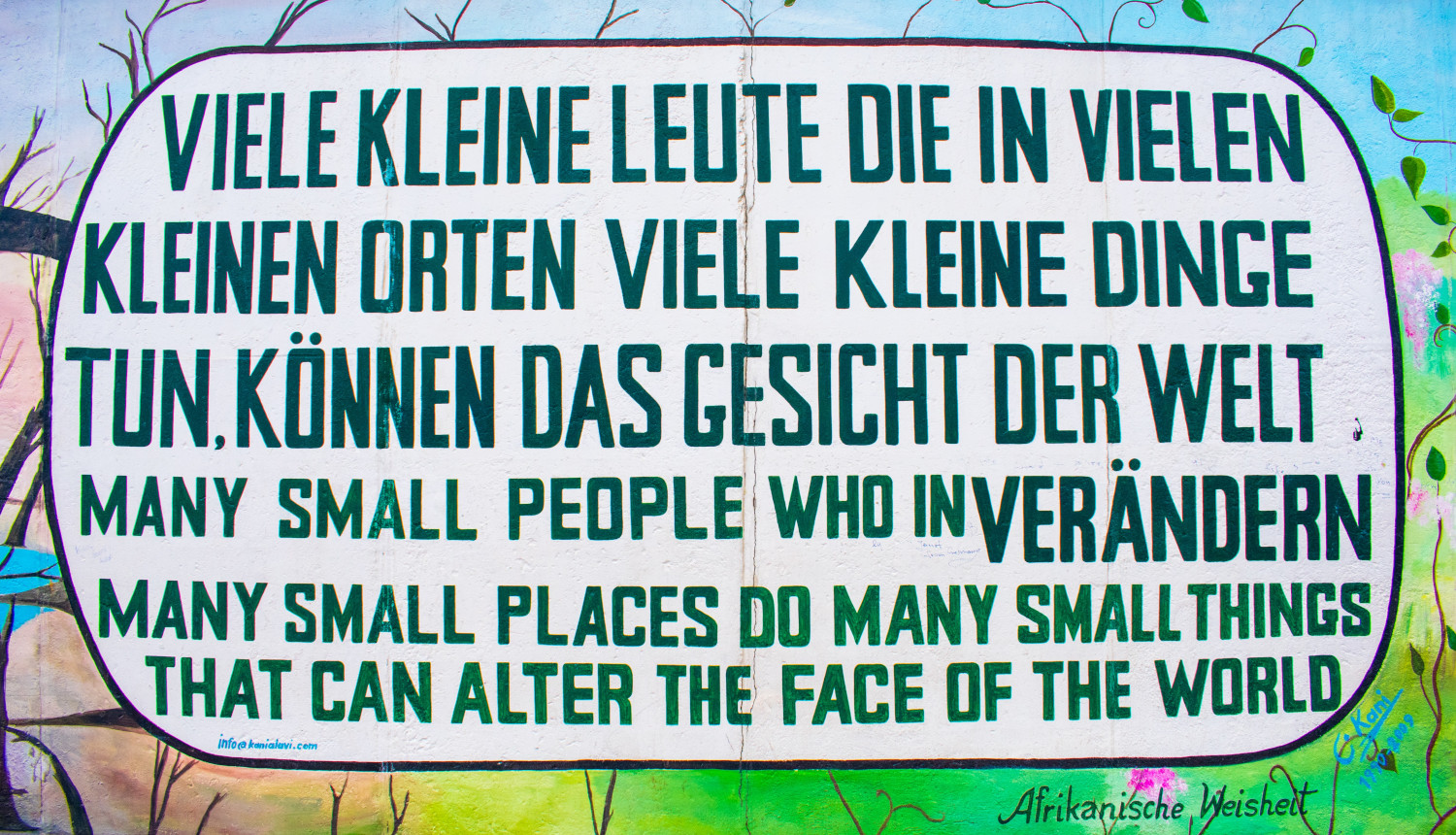 Graffiti on the remnants of the Berlin wall. Photo by Kon Karampelas on Unsplash

Thousands of people swarm to the wall. They demand what they have been told is their right: free travel to West Berlin. The soldiers at the border, who have not been notified of the law and unsure of what to do – should they fire at their own people? Should they resist? – finally give in to the pressure of the masses screaming “We are the people”: the borders are opened. “Wessis” and “Ossis” meet in West Berlin, crying out of happiness and celebrating a momentous moment in German history, which also marks the end of the GDR.

It takes another year to finally unify Germany. On October 3rd 1990, after months of debates and fights for individual rights, the Einigungsvertrag is signed, cementing the unity of Germany and separating the GDR into different provinces under German law and legislature. Germany is one country again.

Now, what does all this have to do with a black cat?

The answer is: The cat seems to be just as interested in this history as everyone else.

To explain this, let me take you to the year 2020. We have had a unified Germany for 30 years now. But, and this is the crucial point: not many care anymore. The day of German unity is seen as a holiday, used to go out with friends, drink a couple too many beers and stagger back home again. It is a good time to visit relatives and the bigger cities like Nuremberg to “einen drauf machen” – to get wasted. True, there usually is a speech given by the current Chancellor of Germany and the president, but that is the only event I have witnessed in Nuremberg that has any connection to the history of that day.

I am now 29 years old. The first time I actually started to look into Tag der deutschen Einheit in-depth was when I turned 25,sitting in front of my computer, bored out of my mind. It so happened to be the 3rd of October, and YouTube recommended that I watch some documentaries about the Berlin Wall and German unification. So I did.

I had never really thought about what had happened only a few decades ago. I could just about wrap my head around the fact that Germany had been two different countries, as I had learned in school, and now we were one country again. What I had not been able to even slightly grasp is what it had meant to people living during those times. It had meant hardship. It had meant families being torn apart when the Wall went up. It had meant years and years of oppression for people in the GDR – my fellow countrymen – and a western Germany which had resolved itself with the knowledge that it might be like this forever, and no apparent effort to change this.

It filled me with chagrin and disappointment that something like that could have ever taken place. And having seen countless documentaries of the fall of the Berlin Wall and the reunification fills me with joy and happiness that I cannot fully describe even now. It also fills me with pride that the people, not the governments, had caused the change. Everyday people, like you and me, had fought against an enemy that seemed to be invincible, with its secret police and the danger of being thrown into prison at any time – and still prevailed. Everytime I listen to the voices of the people who had to suffer for so long, and their cheers of triumph when they finally walked into the Western zone as free as can be – it almost makes me cry, or at least sure makes me choke up.

And then I go outside and see that nowadays, people treat it as a day pretty much just like any other. Except that they do not have to work. The day of German unity has been diminished to a day of partying and drinking, and nothing more. Especially now, when Germany is divided in a way which it has not been for a long time, when people in the East still have to fight for true equality in pay and living conditions, when politics make us scream at each other instead of discussing matters calmly, this day should bring us closer together – yet, it only serves as a holiday to enjoy oneself. 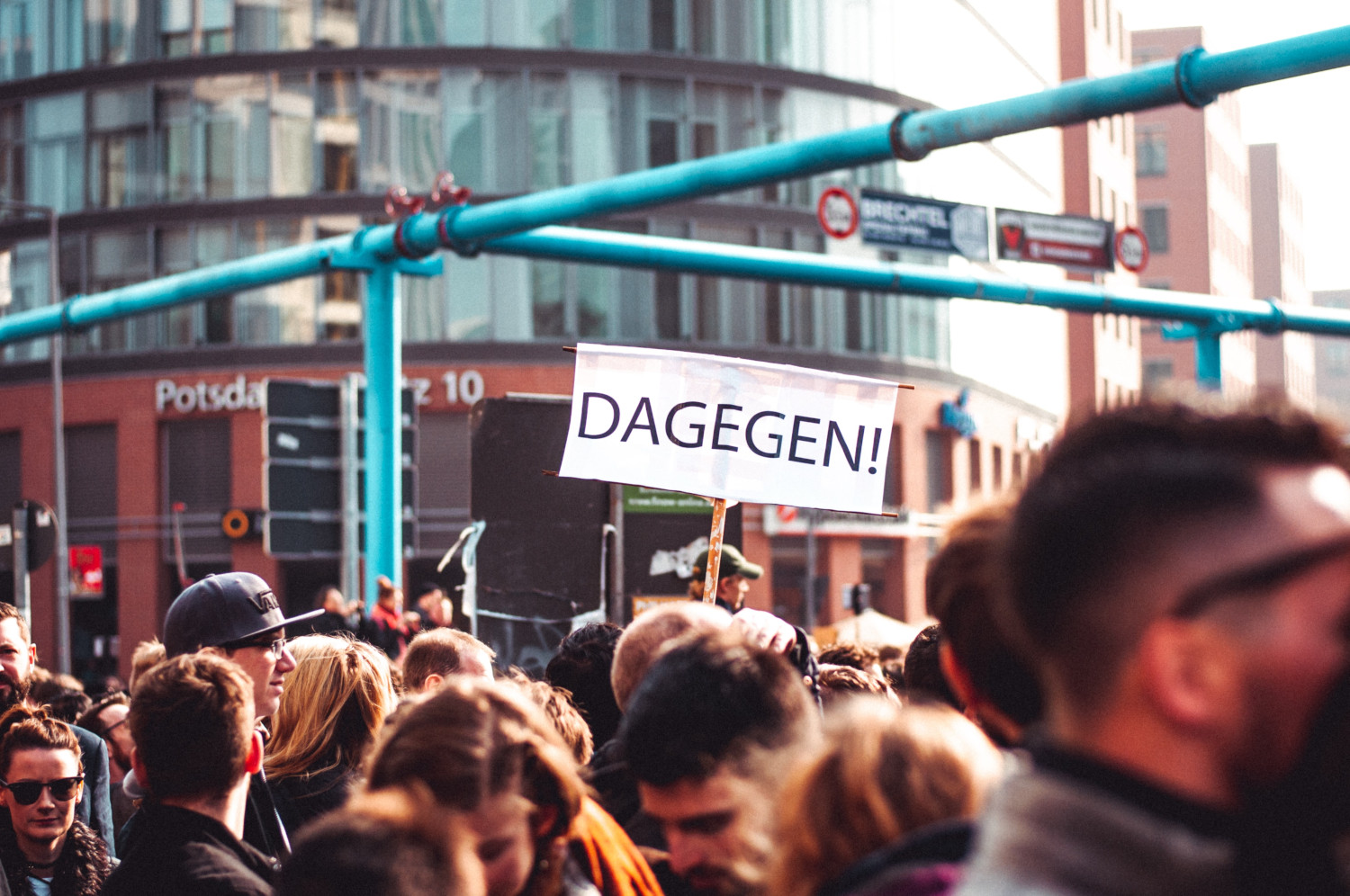 “I’m against.” Appearently, against everything. Photo by Leon Bublitz on Unsplash

I cannot tell you why that is. It might have to do with Germans shying away from anything that might be seen as national pride, fearing the backlash of its World War history. It might be that, after 30 years, people have gradually started to forget. It might be that the people who could remind us about it are growing older and more silent.

I know it does to me.