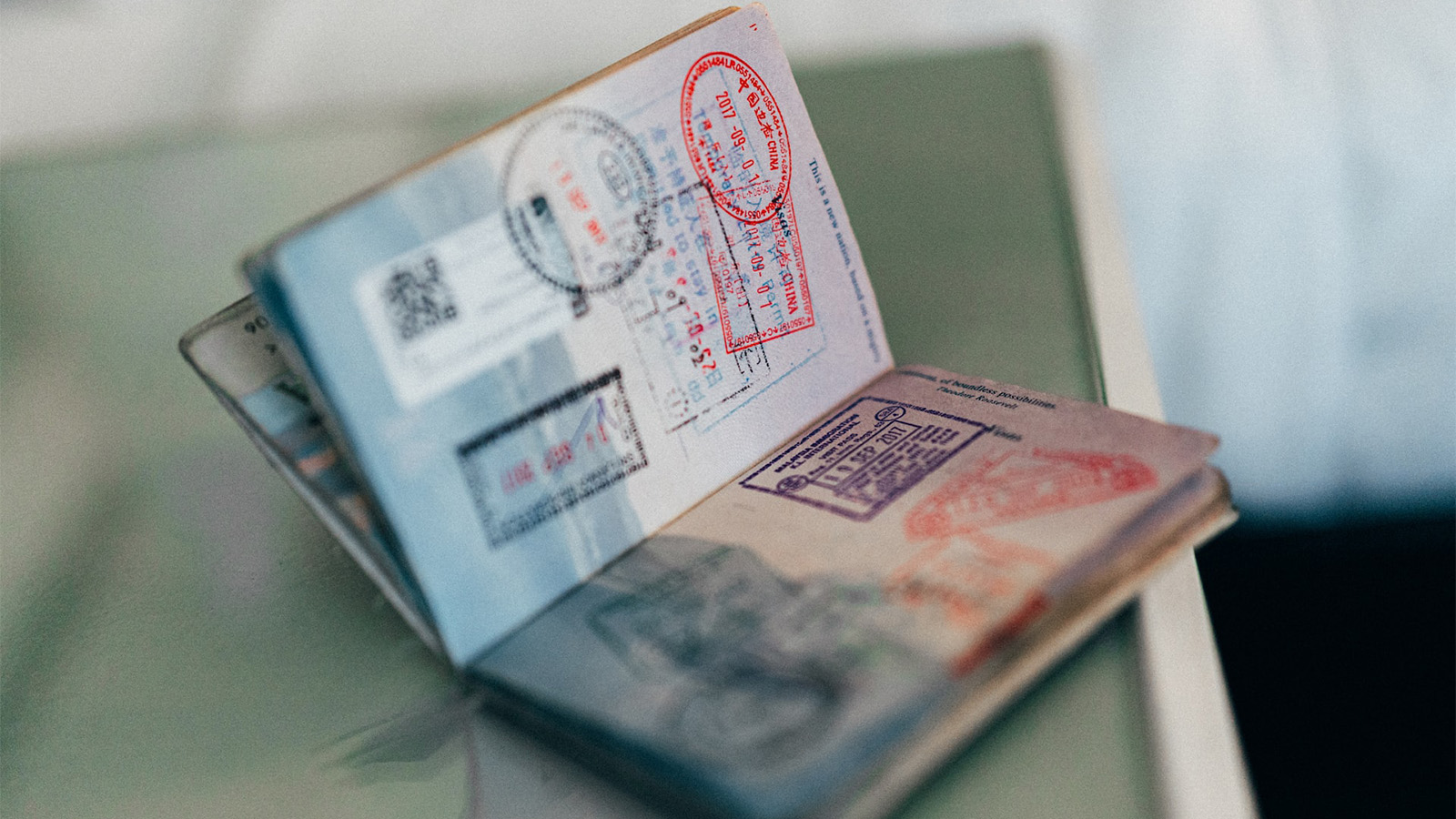 This article is not sponsored by any of the organizations or companies that are mentioned in this sob story. I included the names because I wanted to tell the readers what worked and what didn’t and the easiest way to do that was by using their names. 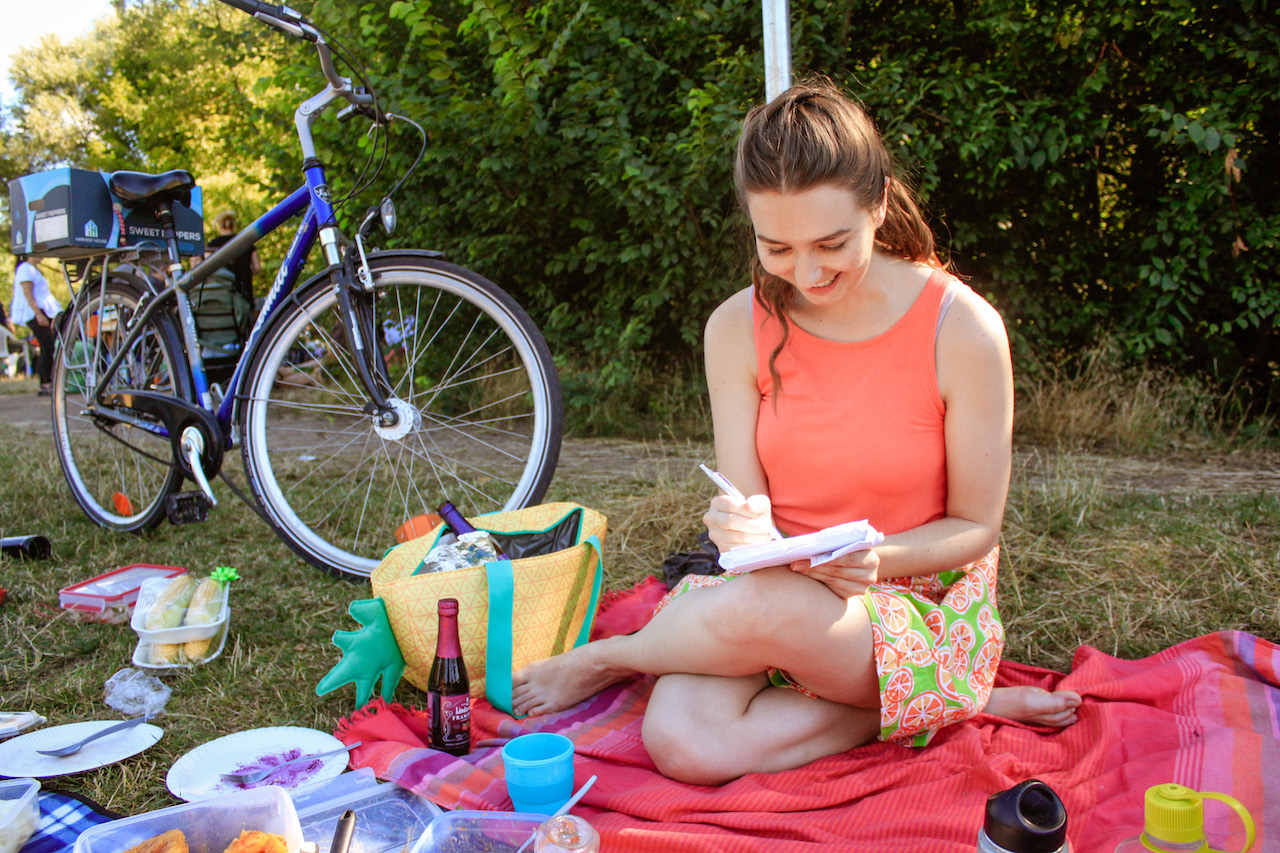 I moved to Nuremberg, Germany at the end of July 2020. I found my apartment on Facebook Marketplace, met my landlord through a video call, and the first time I had ever been in the city of Nuremberg was when I pulled my rental car up in front of my future apartment.

Having lived in Prague, Czech Republic for a year and a half before I moved to Nuremberg I planned to get a freelance visa and residence permit while being in Europe on my Czech residence permit. I registered my move with the authorities within eight days of moving and started looking for an English teaching job in Nuremberg. I had been told that I needed a few things for my visa application but I couldn’t find a complete list of what I needed to get a freelance visa *anywhere.*

I struggled to get some of the documents, specifically any document saying a company intended to hire me once I got my visa. I had moved in the middle of the pandemic and a lot of companies said they wanted to hire someone who already had their visa or they weren’t hiring because of the pandemic. I had interviews in September 2020 and December 2020 and immediately sent those documents to the authorities.

While I collected the few documents I knew to get, I got a letter in the mail, in German, saying that I needed to send all the visa documents that were listed in the letter to the authorities before June 2021. I sent in everything I could get and included a note saying I was still gathering a few other documents.

I received my Fiktionsbescheinigung in June 2021. I was really lucky that my Czech visa had covered me during this time.

I finally received a message in October 2021 saying that I had not sent in a document that they had requested. I had definitely sent that document in. There was also a list of a few other things they needed that I thought I had already sent in. I collected those documents again and sent them in.

In November 2021, I got a letter asking me to come for an interview for staying in Germany and that I needed to bring a translator. I thought this is excellent! It had been over a year at this point and I was longing to have this stuff sorted. My lovely friend, Melissa, accompanied me to the immigration authority office, I paid a fee, and they told me that the next information I would receive would be the date to come and pick up my visa.

I didn’t hear back from the immigration authority until January 2022. They asked for more information, in German. At this point, I had met my German boyfriend and I was able to ask him to translate some letters so I knew what to look for.

I gathered and sent the documents yet received no correspondence. I finally figured out the My Nuremberg portal and struggled. When I initially tried to sign up they wouldn’t let me use my Czech phone number for the security codes. Once I was in, I learned how terrible that website is. The city of Nuremberg boasts that you can do everything online! Woohoo! Well, let’s just say they have a good imagination! You can sort of send documents through that portal, but you can only add a certain size and no more than five or six documents. You cannot request an appointment to ask questions and you cannot find accurate information. As they continue processing your documents you might see them change the status on My Nuremberg but the status is not accurate. It may say “processed” on one page, while “submitted” is on another for the same document. It’s annoying AF.

During this time, I had problems with my insurance company, Dr. Walter, so I decided to switch insurance companies. I should not have done that because Dr. Walter fills the requirements needed for the residence permit. I switched it to GeoBlue travel insurance.

At the end of April 2022, I finally got an email. I was so excited. I opened it immediately and it said, your insurance, GeoBlue, is not sufficient for your visa/residence permit because it is a travel insurance. It was like a gut punch. I responded and asked about which insurance would be accepted for my visa if not the one I was on. The only message I got back was, “you applied for a residence permit. Not a visa.” What followed was the most excruciating exchange of me trying to get her to tell me which insurance would work and her saying, “that one won’t work.” I chalked it up to a translation miscommunication and asked my boyfriend to help me respond in German to the woman who had been communicating with me. Translating it into German did not help her tell me any information.

In May 2022, I received acceptance to go to a university in Belgium! I was so excited! In order to go, I was required to get a Belgian visa. In order to get the Belgian visa, I needed my German residence permit so that I could apply from within Germany. My other option was to go back to the USA to apply for a Belgian visa from there. I decided to double my efforts and get my residence permit in Germany so I could apply from here.

I finally got insurance that met the requirements: Allianz. It is incredibly expensive but it ticks the correct boxes.

I emailed, I called, and I eventually ended up going to the only German authority that had walk-in hours to ask how to speed up the residence permit process. I had been in Germany for nearly two years and I just wanted it to be done.

The walk-in hours stated that they started at 8am so in August 2022, I decided to get there 45 minutes early to get some coffee and wait a bit. I arrived and waited in a 50-person line that had already formed long before I arrived. I waited in line for about an hour and a half only to go up to the person who would send me to the correct counter and he told me, “this authority only deals with moving or getting legal documents from Germany.” He then sent me on a 20-minute bus ride across town to the immigration office, even though they had no walk-in hours and was told I probably wouldn’t get in anyway.

I waited in line at the immigration office for two more hours and I had my translation app on my phone prepared to show the security guard that I wanted to talk to someone about my residence permit. They read my message and let me in. They happily extended my Fiktionsbescheinigung and then said, “after this, you won’t need the residence permit then?”

A week later, I had a letter in my mailbox stating that since I had not met the timeline expectations for applying for a residence permit and it had been processing for two years, if I wanted them to continue to process my residence permit, I needed to send them a physical letter in the mail and send in documents about how much money I was making.

I wrote a lovely letter asking Germany to continue processing my residence permit, and I had my boyfriend help translate it. I brought the motivation letter to the immigration office myself so I knew it had arrived and then I looked at the calendar, defeated.

After two years of desperately getting documents in time for deadlines, calling, emailing, and showing up so that I could get my residence permit, I was still no closer to getting the residence permit process done in time for school to start… I failed. Germany still hasn’t fully processed my visa.

I emailed the woman at the Belgian embassy who had been helping me with that visa. I told her that I had been desperately trying to get my German residence permit for two years. I told her I was devastated that, because of the processing time in Germany, I wouldn’t be able to get my residence permit in time to complete my visa application to go to school in Belgium. I told her that I appreciated her help and that if there was any way to get my Belgian visa from Germany without the German residence permit, I would do it. I offered her my firstborn child, my soul, and I offered to send her a video of me crying. She responded two days later that none of the offers were necessary. She had talked to her director and due to the sheer amount of work I had done and the completeness of my visa application otherwise, she offered to complete the visa for Belgium. I am planning on sending her flowers, coffee, chocolate, and a mariachi band in gratitude for her assistance.

While my journey eventually concluded with me having the opportunity to go on to my next country, I learned a lot about the German residence permit process here in Nuremberg.

I’m glad I went through this process because I learned a lot. I wanted to write about, what I consider, my failure. I did what I could. I invested money, I lost money, I made friends, I met my boyfriend, I had so many cool experiences here, and I drank a lot of beer and Radler. I think it was worth it, even if it didn’t work out quite the way I had hoped! 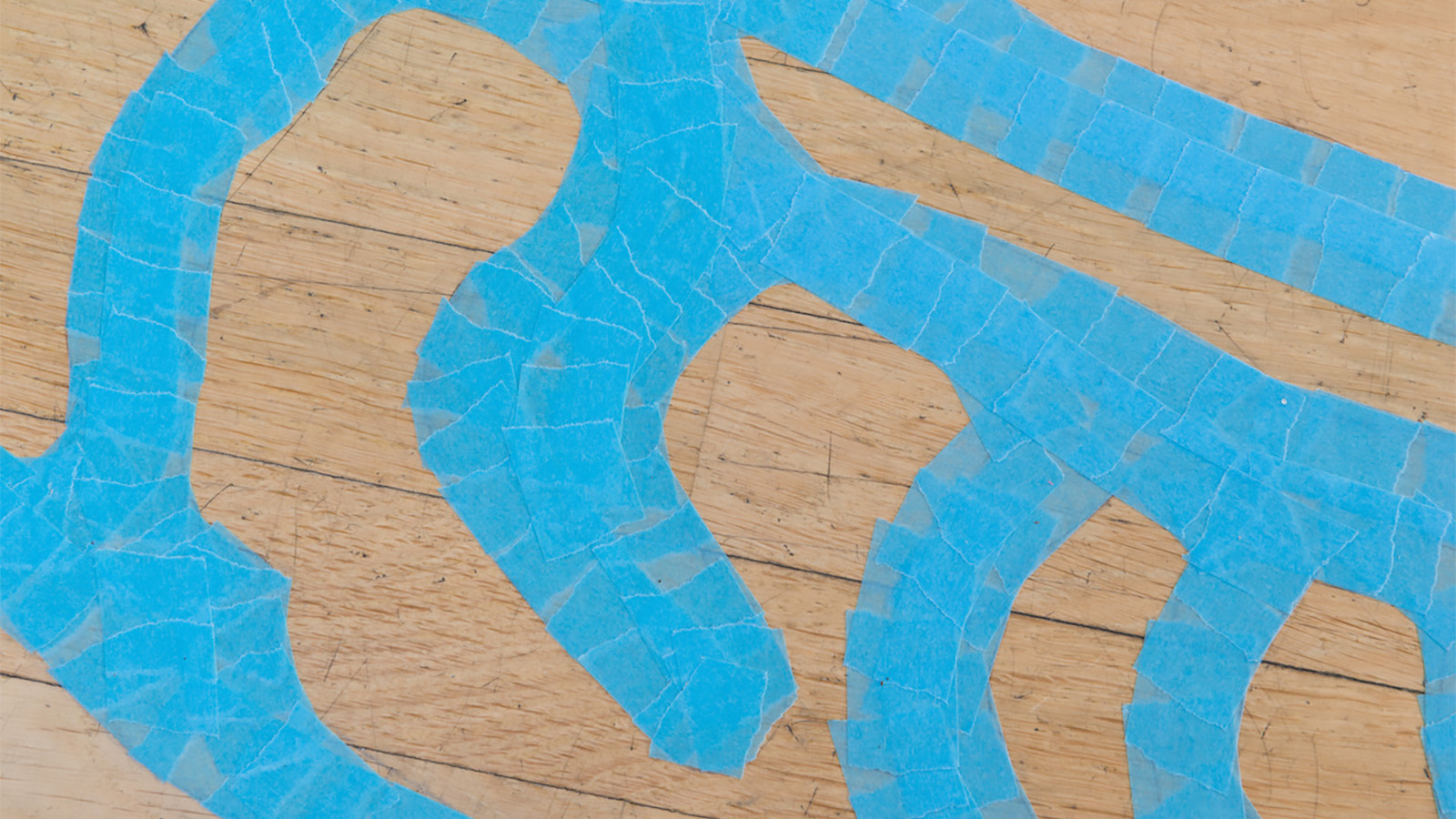 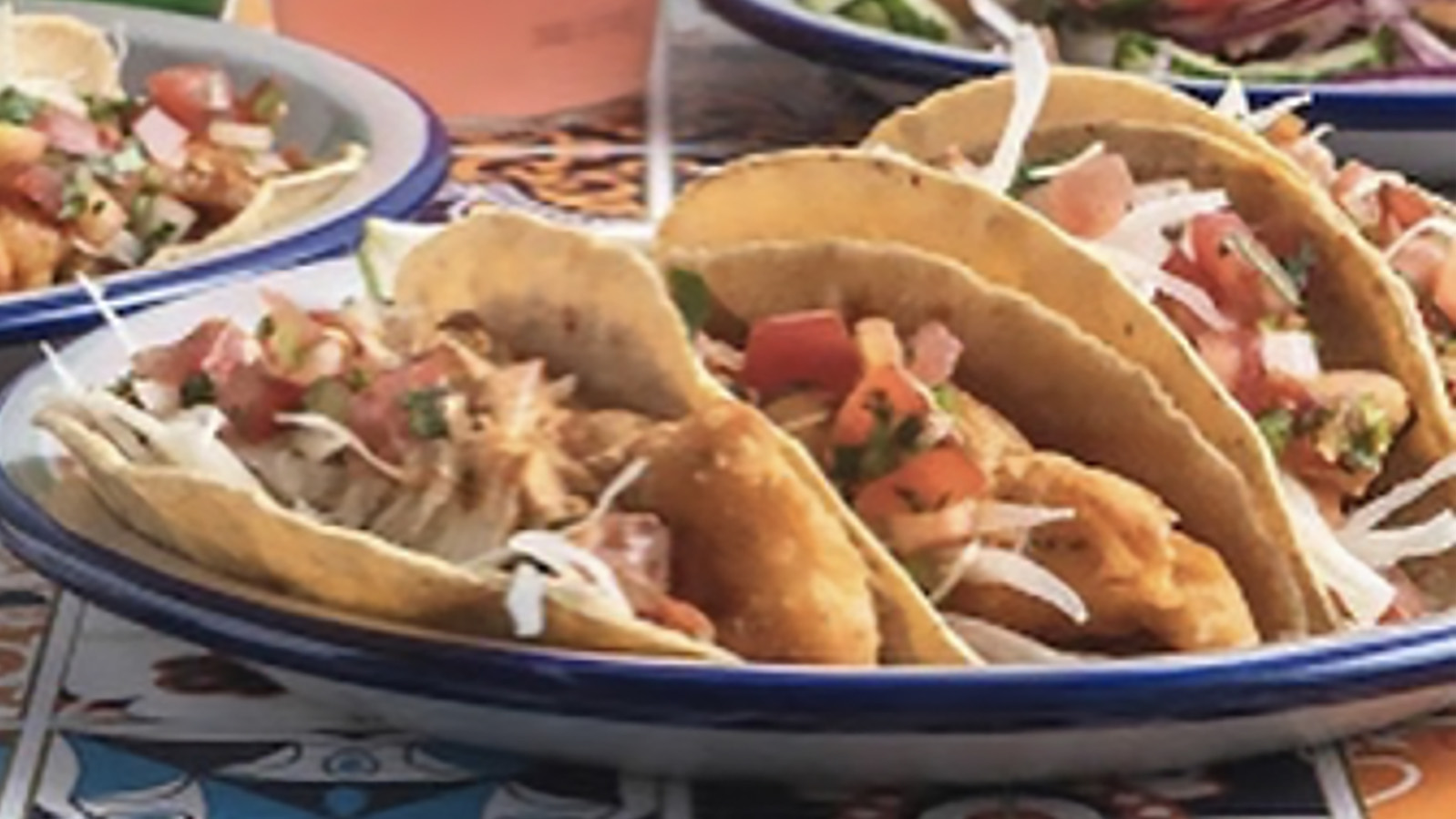 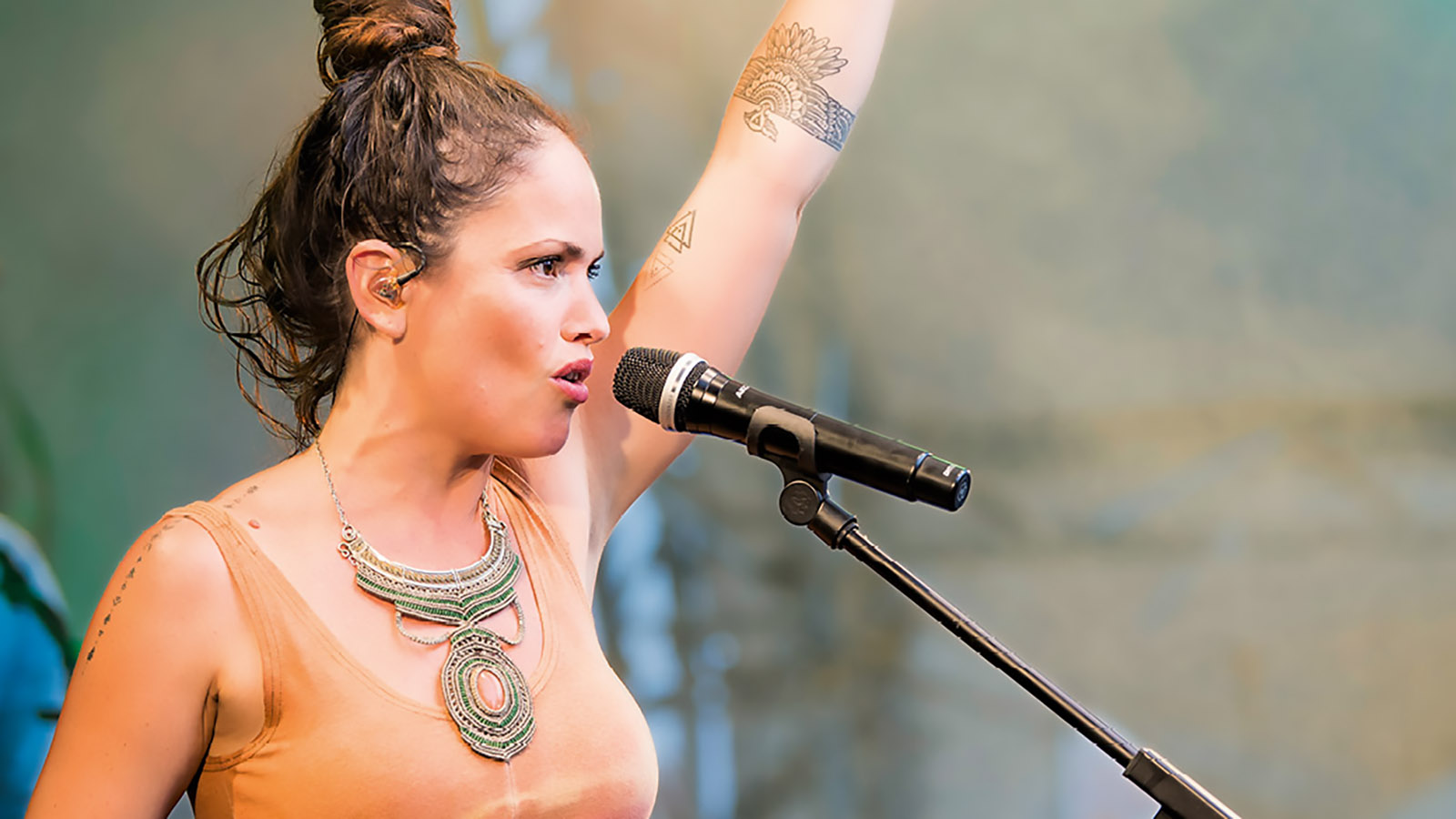 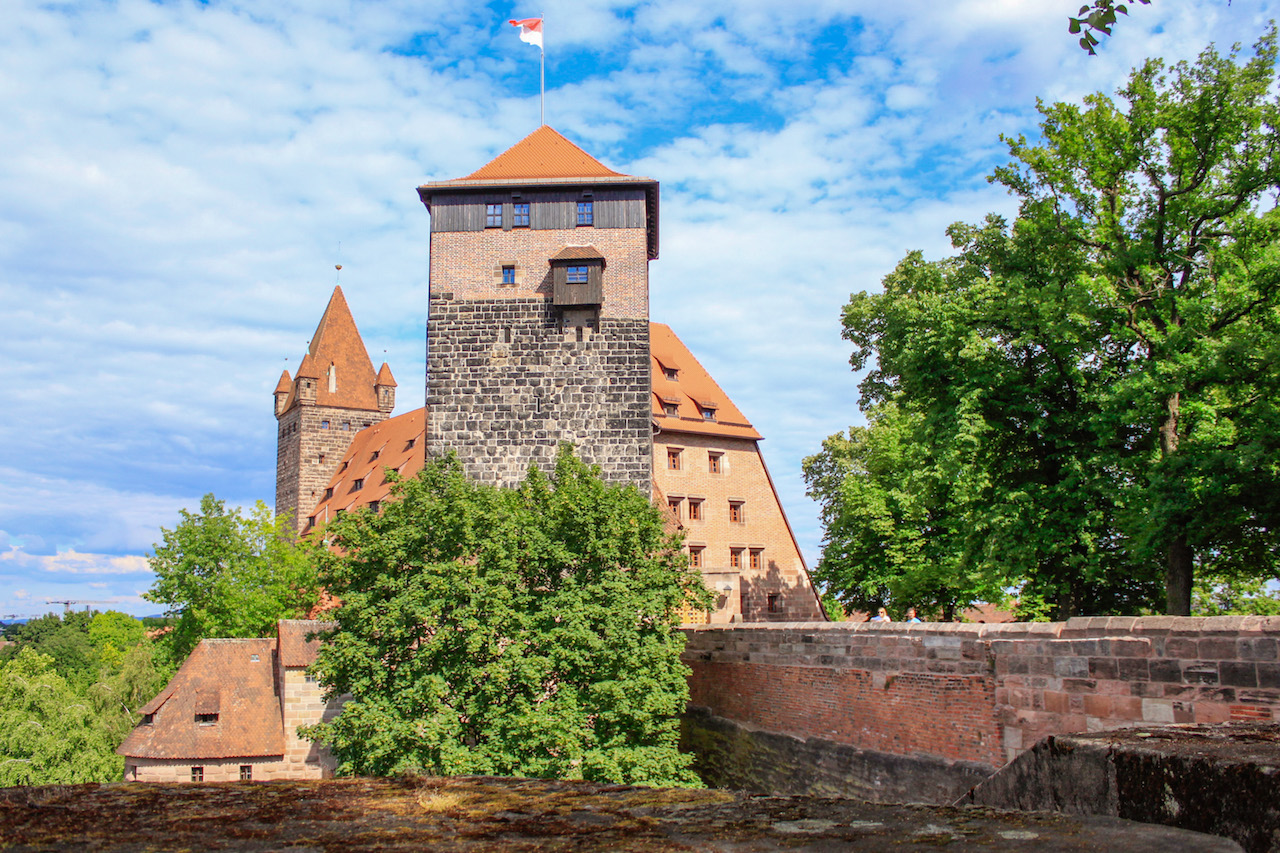 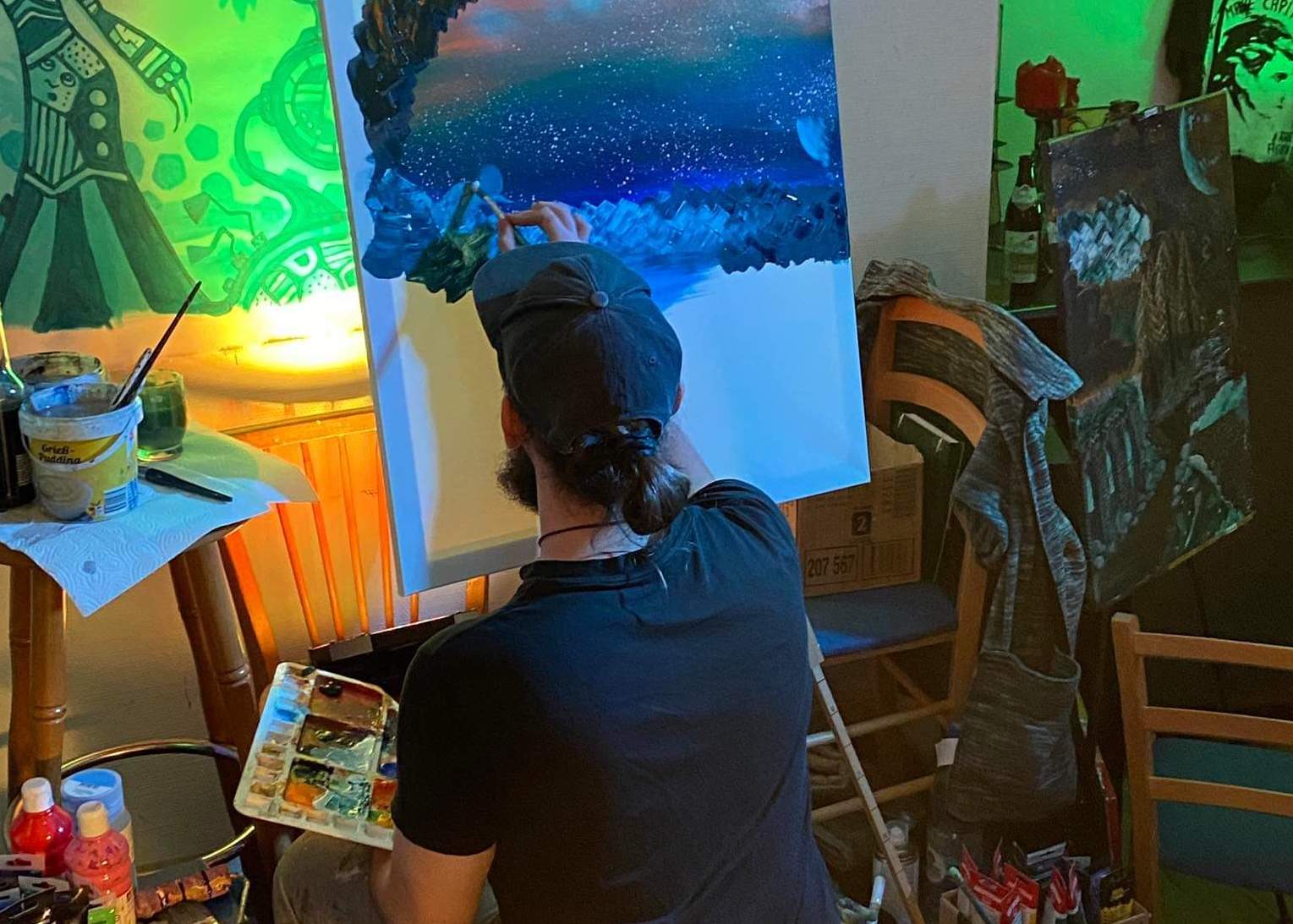 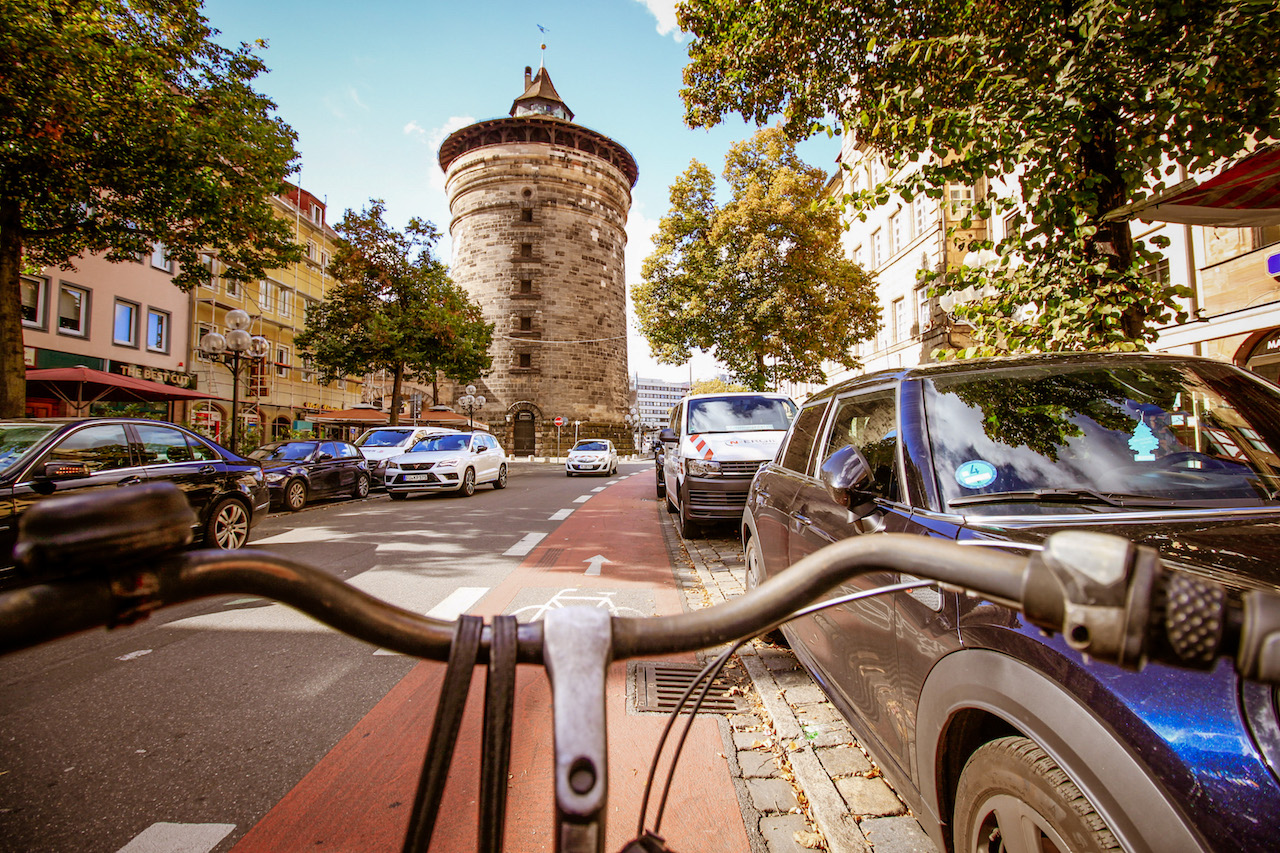 Get out of your car—and on your bike! The aim? Complete as many ... 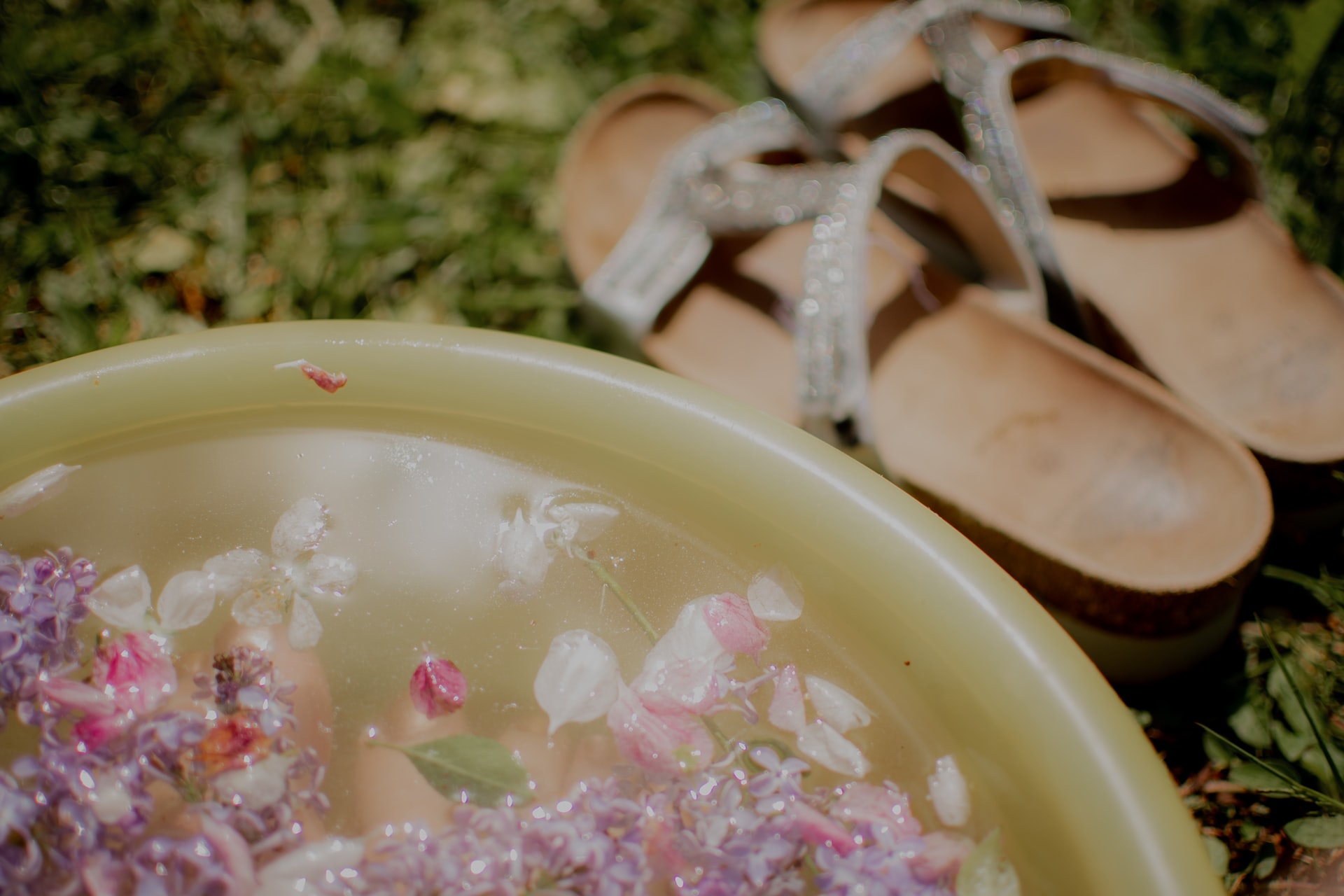 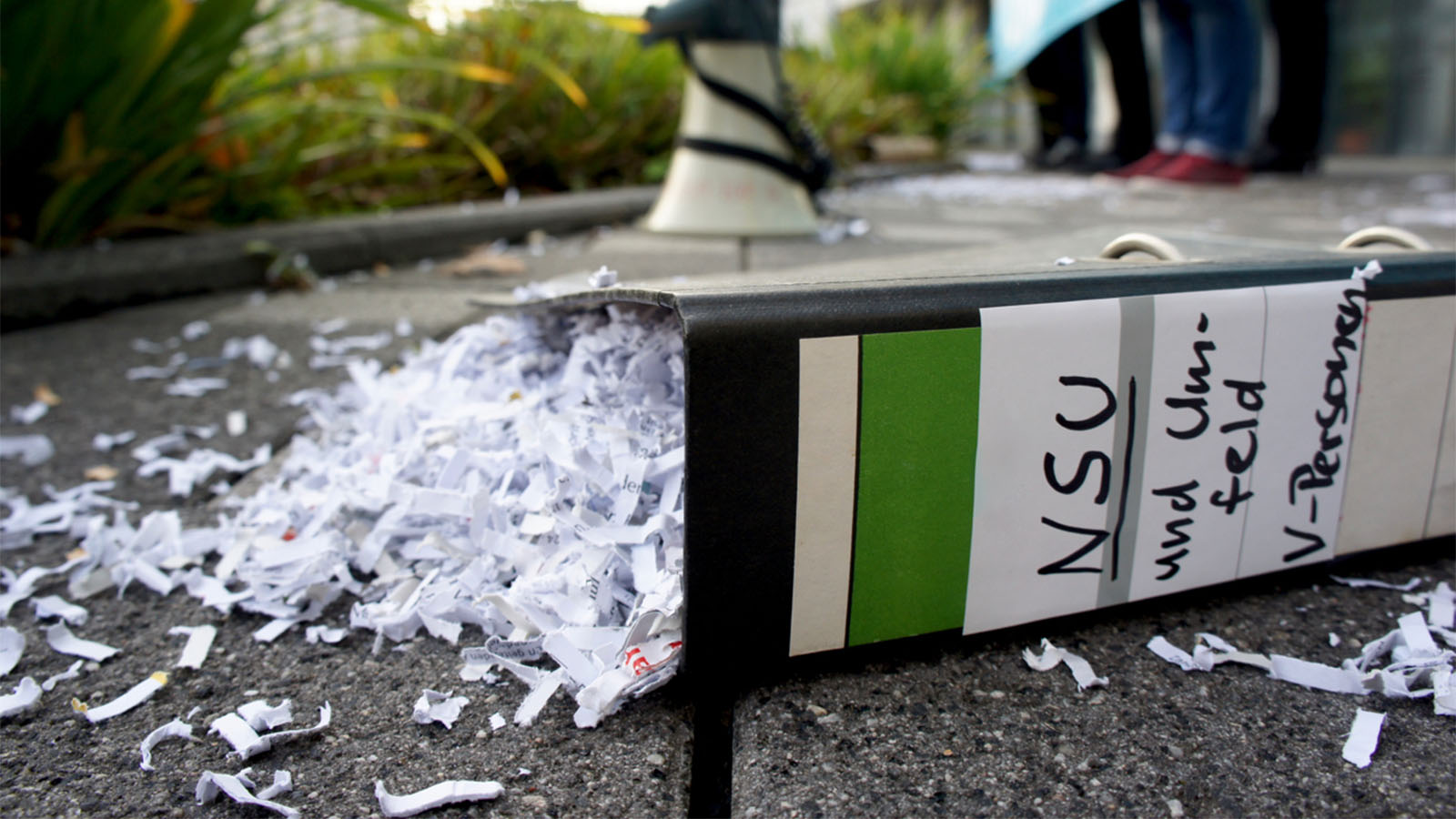 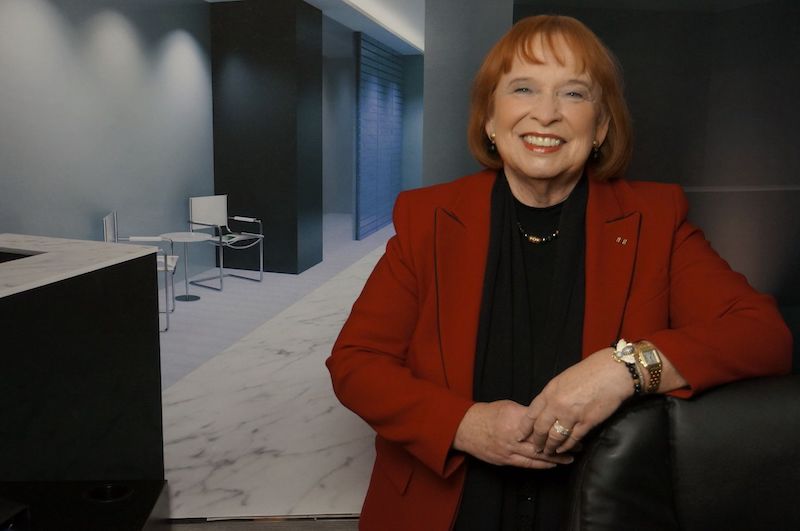 Citizen Medals of the City of Nuremberg 2022

On May 16th, during a closed ceremony, several citizens of Nuremberg won the ... 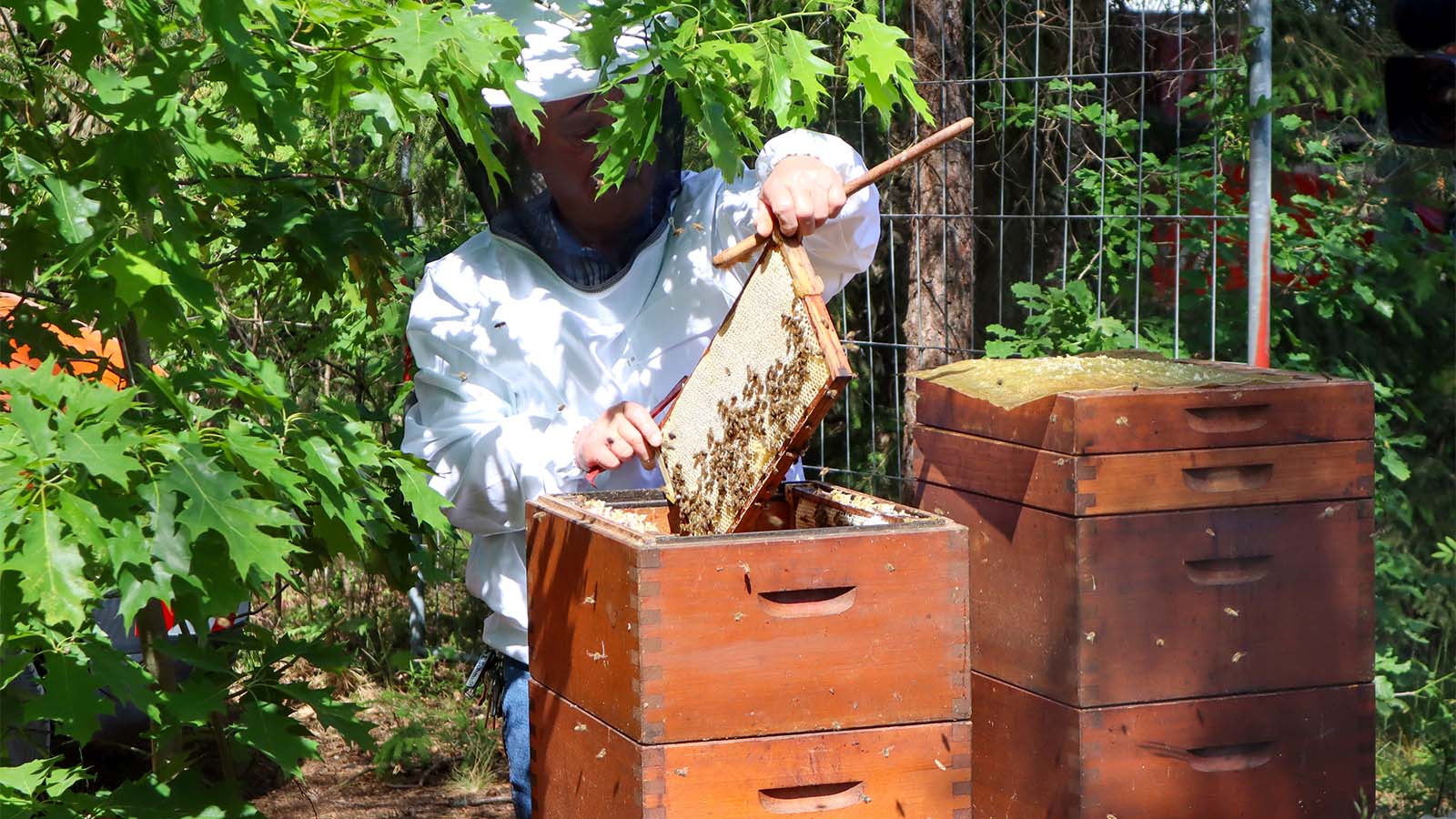 Although most people are aware that bees are pollinators and play a vital ... 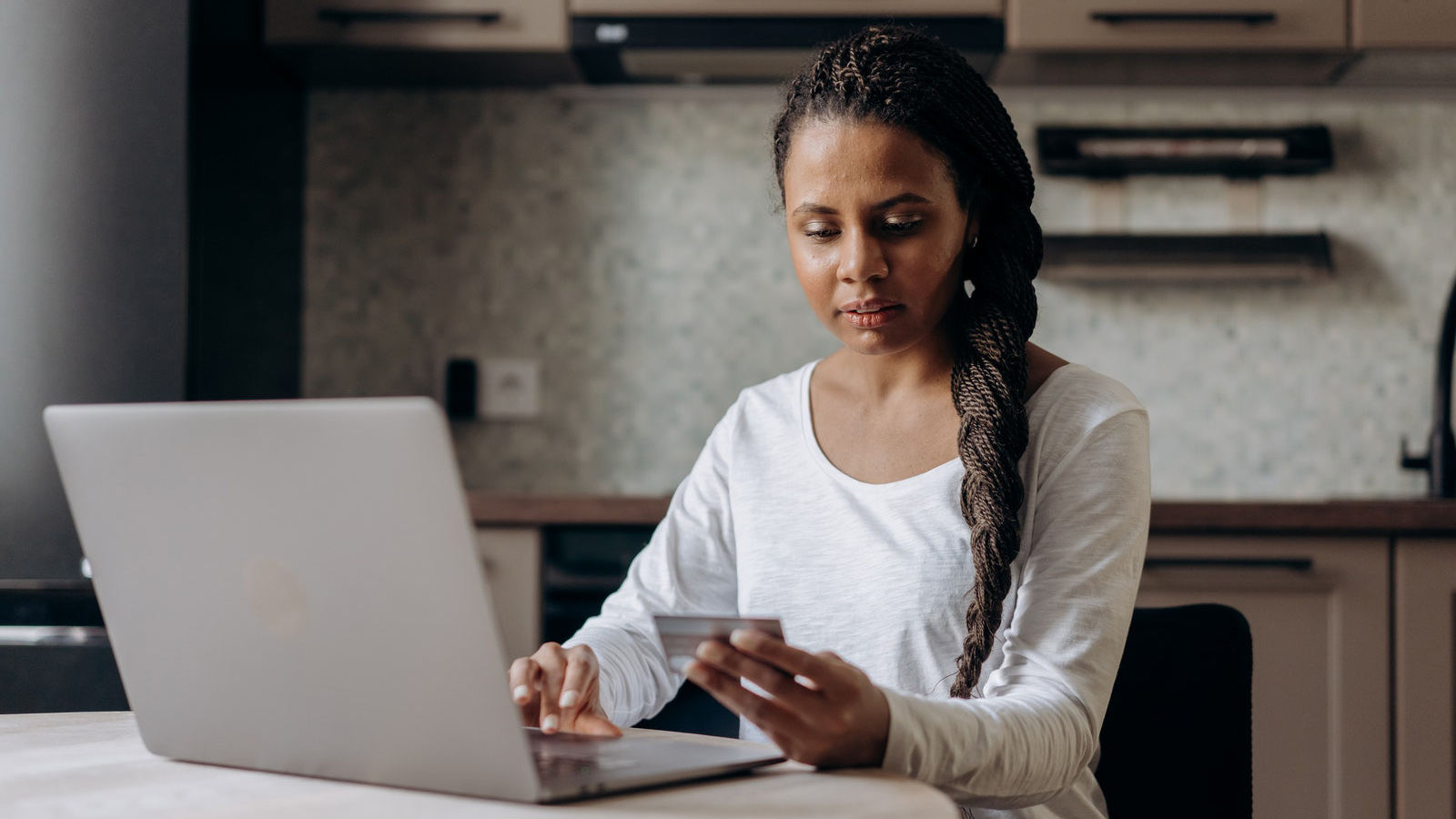 Need help with your consumer rights? 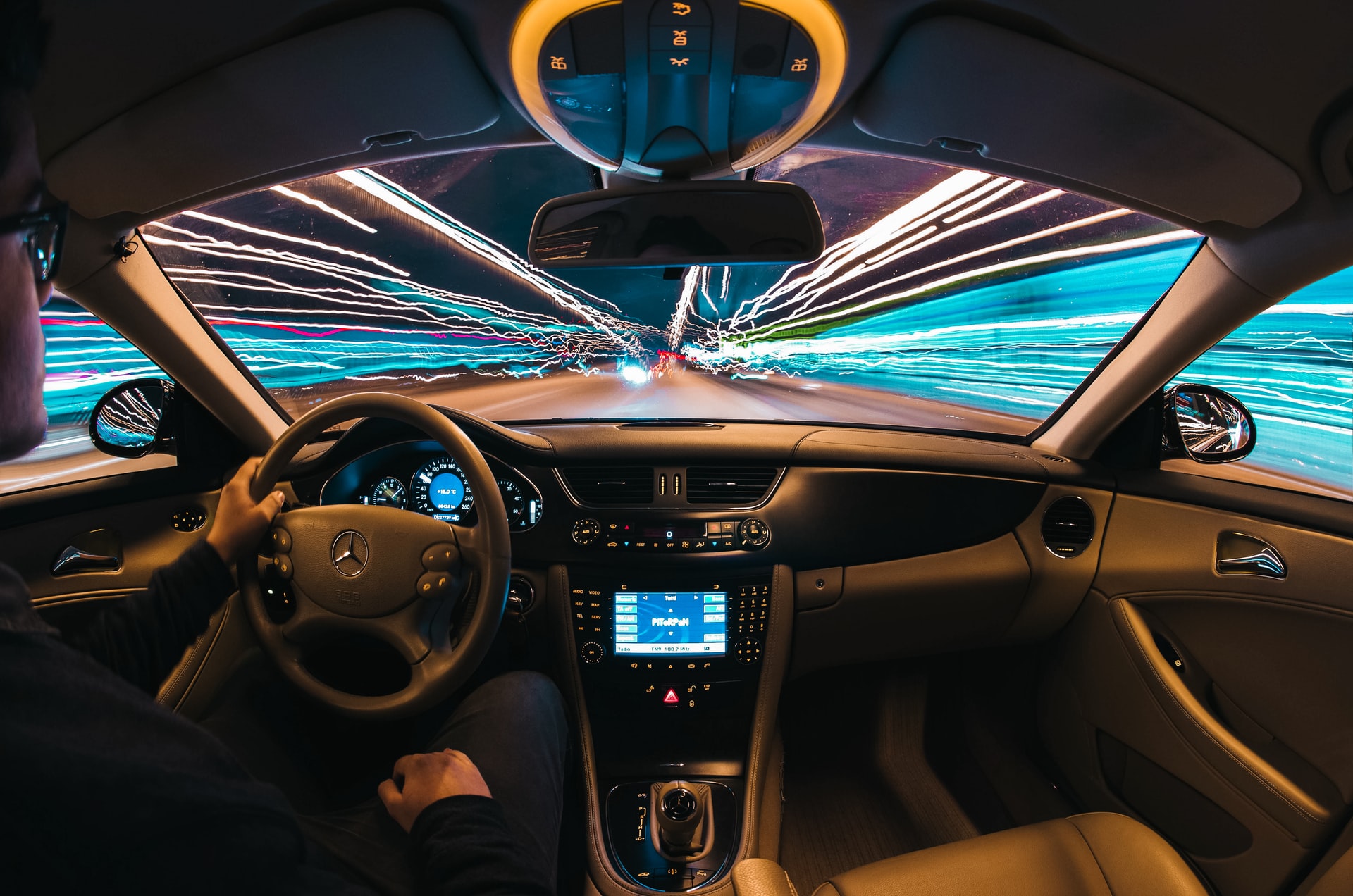 Driving in the Fast Lane – Your Shortcut to getting your driver’s license in Nuremberg, Germany 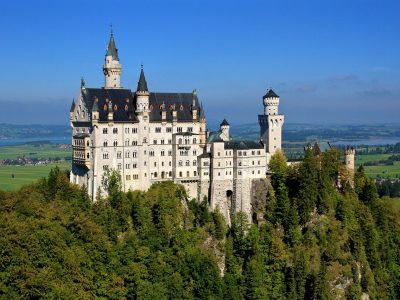