For the last several years, the famous Hindu festival Durga Puja has been celebrated right here in Franconia, organized by the Bengali association Durga Puja Franken e.V. Erlangen. But what is Durga Puja, and how can you take part in this very special cultural event?

Durga Puja is the worship of the Goddess Durga, the most important Hindu festival of the Bengalis worldwide, regardless of where they live.

According to Hindu mythology, the gods were once threatened by the buffalo demon Mahishashur. Fearing defeat in battle against demons and their subsequent banishment from paradise, they created the Goddess Durga and equipped her with their own powers and weapons. Durga went into battle against Mahishashur riding her lion, defeating and killing the demon after a long and bitter fight. The gods breathed a sigh of relief, celebrated, and everyone was full of joy.

For Bengalis too, Durga Puja is symbolically a celebration of the victory of good over evil.

On the first day of the Puja there is Bodhan, that is the awakening of the gods, where the priest breathes life into them.

The other days include an evening Aarati. This means there is worship, hymns in praise of God, and divine fire in the ritual.

During the day there is Anjali, which involves offering flowers to the goddess with cupped hands while reciting mantras.

The third Puja day is somewhat special because in the evening there is Sandhi Puja, a ritual performed by the priest just at the time of day when Ashtami ends and Navami begins. It marks the moment when Goddess Durga appeared in her fearsome form, known as Chamunda, to kill the demons Chanda and Munda.

Bisarjan takes place on the final day of Durga Puja: the Goddess and her children are bid farewell by the priest in a final ritual and they return to Mount Kailash.

Durga Puja is traditionally held in the month of Ashvina (From September to October), the sixth month of the Hindu Calendar. The exact dates vary within this time window following the lunar calendar. Hindu Bengalis schedule their religious functions based on the moon’s movement, known as ‘Tithhi’. Scheduling of Durga Puja is also based on the ‘Tithhi’. 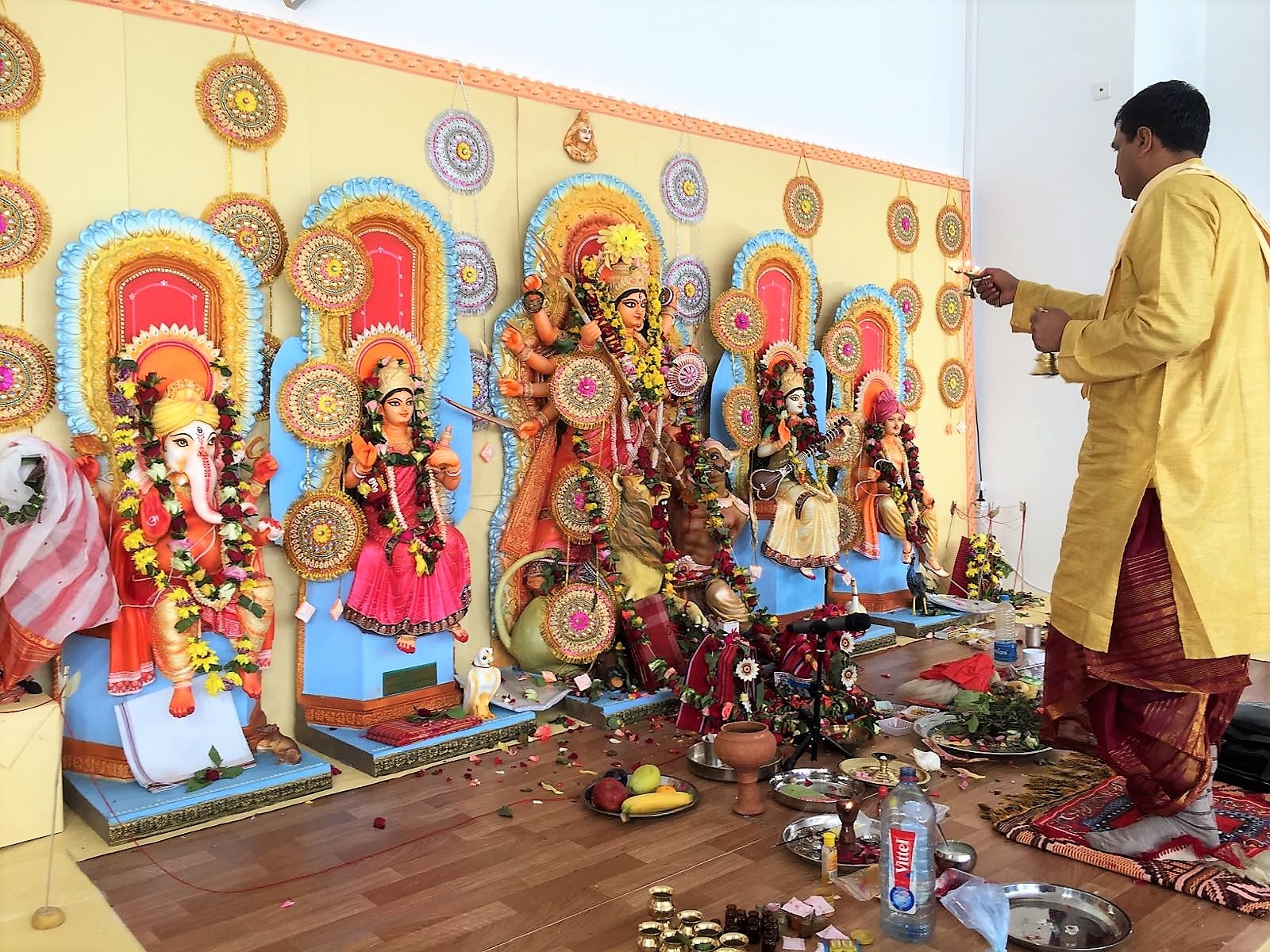 Durgapuja Franken e.V., founded by the Bengali community in Erlangen, is a non-profitable charitable organisation. It celebrates not only Durgapuja but participates in numerous cultural activities of the city of Erlangen as well, for example, in the “Grüne Woche” and “Miteinader leben” etc. Erlangen today has become a real melting pot of international cultures and foreigners from almost all parts of the world. We are happy to live here and feel very much indebted to the Erlanger Kulturamt for its generous promotion of our cultural activities and support over all the years.

There are more than 15 Bengali families living in Erlangen and the surrounding area, who organize this traditional festival with incredible zeal, vigor, ambition and commitment. This year is an anniversary year: Durga Puja in Erlangen is 5 years old! In the Frauenaurach Community Center the deities of Durga with her four children will be on display. These statues are an artistic work of the sculptors of Kolkata.

With Durga Puja now being celebrated here in Erlangen, it joins a long list of other German cities where Durga Puja has also been a fixture in the cultural scene for many years. The special thing about this festival is that beyond religiosity, nationality, and faith, all people who are interested in foreign cultures come together in the Puja arena to meet up with each other. Durga Puja offers them a wide platform for meeting, exchanging opinions and enriching their souls. That is why the Durga Puja festival of our association, Durga Puja Franken e.V., is extremely popular and attracts numerous guests from near and far. 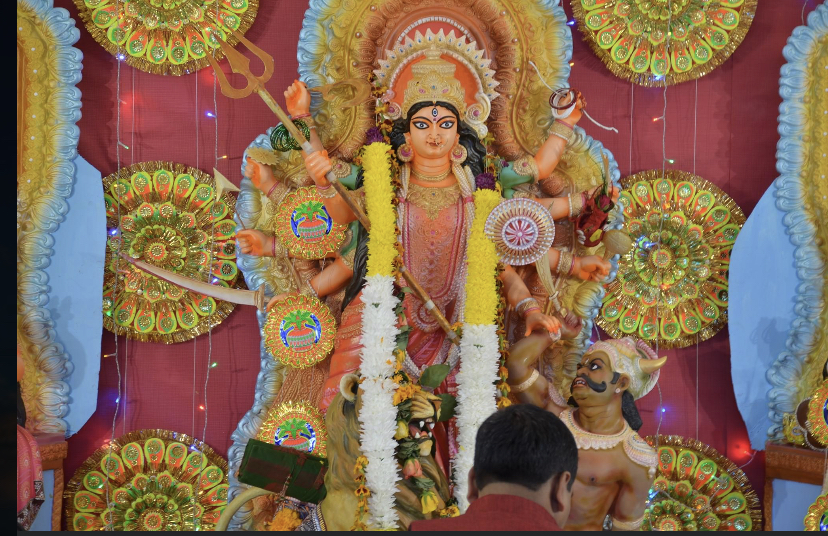 After the cancellation of the festival last year due to Covid-19, this year we are eagerly looking forward to the Puja days starting soon. Unfortunately, the number of guests allowed in the hall is limited due to the hygienic regulations which must be observed. Online registration is therefore required and mandatory. . We apologize for these circumstances, but still hope for a grand Puja celebration with our guests who can make it!

To find out more about Durga Puja in Franconia, please visit their Facebook Page.

Unfortunately, this year’s festival is already fully booked and no more registrations are available. Keep an eye out for next year’s event!

This article was provided by Durga Puja Franken e.V. and further edited by English Post.