Are you looking for a way to improve your German while having fun? Have you ever thought about taking Improv theatre classes? Let me tell you my story.

I’m originally from Italy and I’ve been living in Nuremberg for over 2 years now. Before coming to Germany, I was thinking of taking a 3 year Improv course, but I had to abandon the idea because I decided to move here together with my husband.

To learn German, I attended several intensive courses but, after a while, I got stuck and I wasn’t able to learn any further. Studying grammar and doing tons of exercises was getting pretty boring. 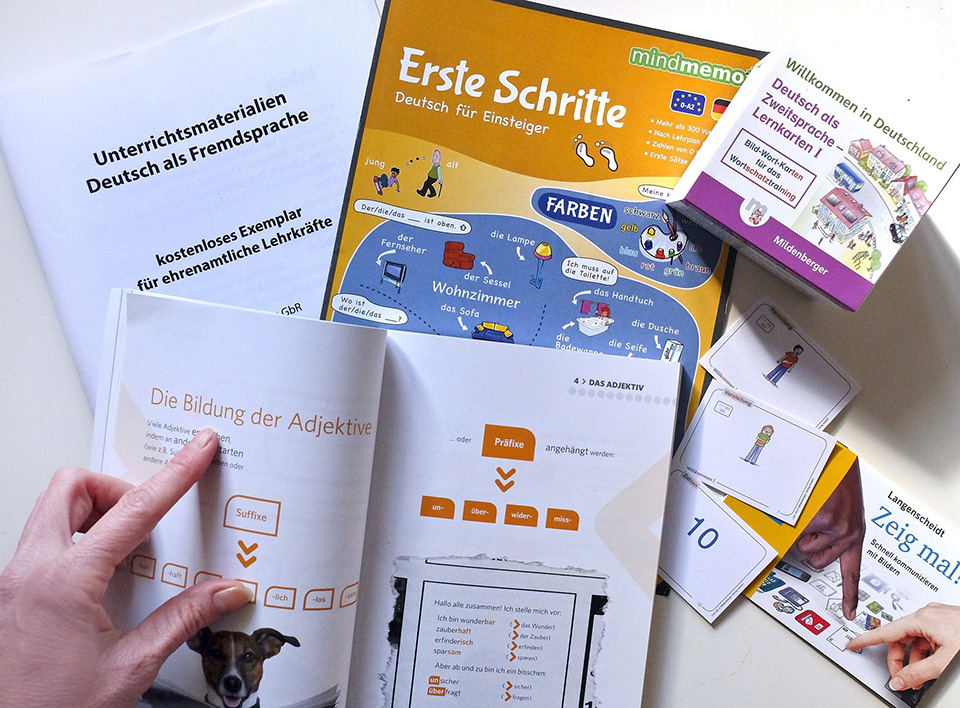 I started losing my initial motivation and had to find something else quickly.

One day, thanks to a classmate of mine, I had the chance to meet Irfan Taufik, a theatre instructor here in Nuremberg. I jumped at the opportunity of being involved in a few small theatre exercises with him. After doubting myself for a few weeks, considering whether I   should go or not (given that I wasn’t a pro, nor had I ever been on stage), I decided to join the Theaterprojekt International Group for the first time.

I still remember that cold Friday night of February, 2019.

I didn’t know anyone, except for my classmate and Irfan. I was quite rigid, and I didn’t want to participate in all the exercises. I feared looking like an idiot because improv theatre is just that: improvisation. You don’t learn a script by heart, you’re on stage and you improvise a scene with your teammates. Even the language was not mine. At that time, I was still a beginner in German, and I wasn’t able to react as promptly as I wanted to.

Apart from that, the atmosphere was very friendly and welcoming, so I decided to attend the following weekly event and I became part of the team. The team consisted of people from all around the world: Palestine, Syria, Iraq, Italy, Germany, Iran, Ethiopia, and many other countries. A rainbow of nationalities where each of us feels welcome and brings his perspective of the world.

I like to think of it as my “weekly out-of-my-comfort-zone challenge”: sometimes I find it so funny that I can’t just stop laughing, other times I just learn something new about myself. It’s definitely a very good opportunity to improve my spoken German, too.

When I began, I couldn’t imagine that I’d have even taken part in a performance. At the end of 2019, we performed “Das Fest” here in Nuremberg where I got my first minor role.

That was already a success for me! I had fun playing the role of a Venetian young woman invited to a birthday party celebration. I won’t tell too much about the story, but I dare say that while performing that role I had the feeling that sometimes the walls around us are just a matter of “ignorance” regarding other people’s lives, cultures, feelings and thoughts. We indeed played a lot with stereotypes, cliches, and important issues affecting our multicultural society.

Hopefully we make the audience think about these topics, but most of the time it forces us to reconsider them as well.

Of course, theatre may not be for everyone, but for those of you out there who are curious, it could be worth giving it a try! If not, you can still come along and see our performances!

Germany really is the mecca of opera singing, with almost 80 theatres dedicated ...