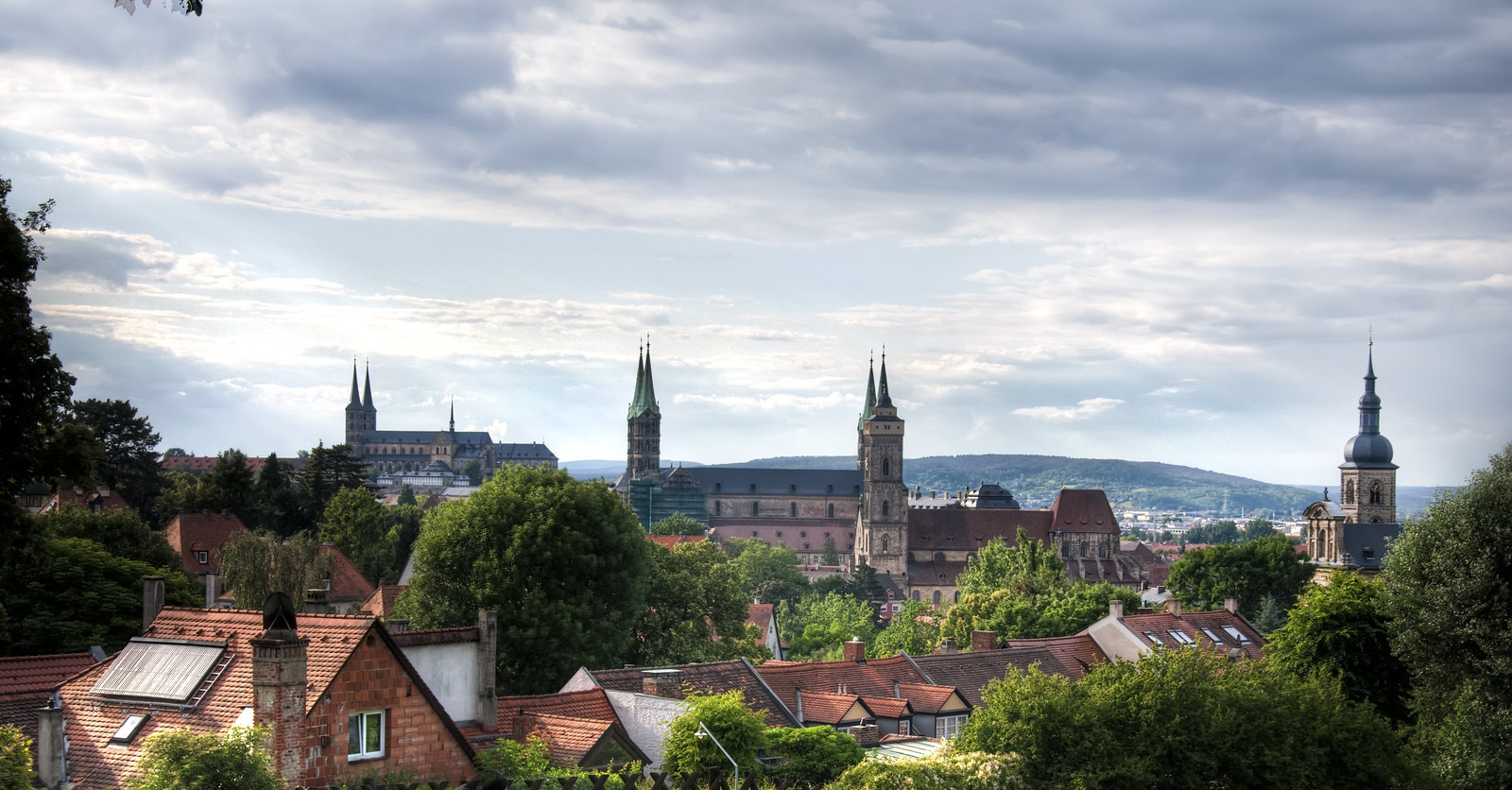 Well, the lockdown isn’t over yet, but with the easing of restrictions, excursions to picturesque locations are possible. Why not take the chance to explore nearby places that have their own interesting stories and legends! Bamberg, just a short 45-minute train journey from Nuremberg, is a small and cosy city in Upper Franconia, which lies on the river Regnitz and atop seven hills – which often draws comparison to the seven hills of Rome! Almost every street here, with its traditional medieval buildings, gives you the opportunity to feel right at home in a small kingdom – only the dragons and knights in shining armour are missing! It’s no surprise that Bamberg’s old town is included on the UNESCO World Heritage list.

Walking along Upper Bridge (Obere Brücke), it is worth looking at one of the well-known spots, like Old Town Hall, with its view of the “Little Venice” fisherman’s village. You can also take a gander at Castle Altenburg, which proudly stands on the highest hill. It was first mentioned in 1109 and was used as a refuge and fortress. Then there’s the New Residence, a 17th century residence of Bamberg’s prince bishops, where you can enjoy rich interior decorations, the Old German and Baroque Gallery, and the breath-taking view of the Rose Garden. 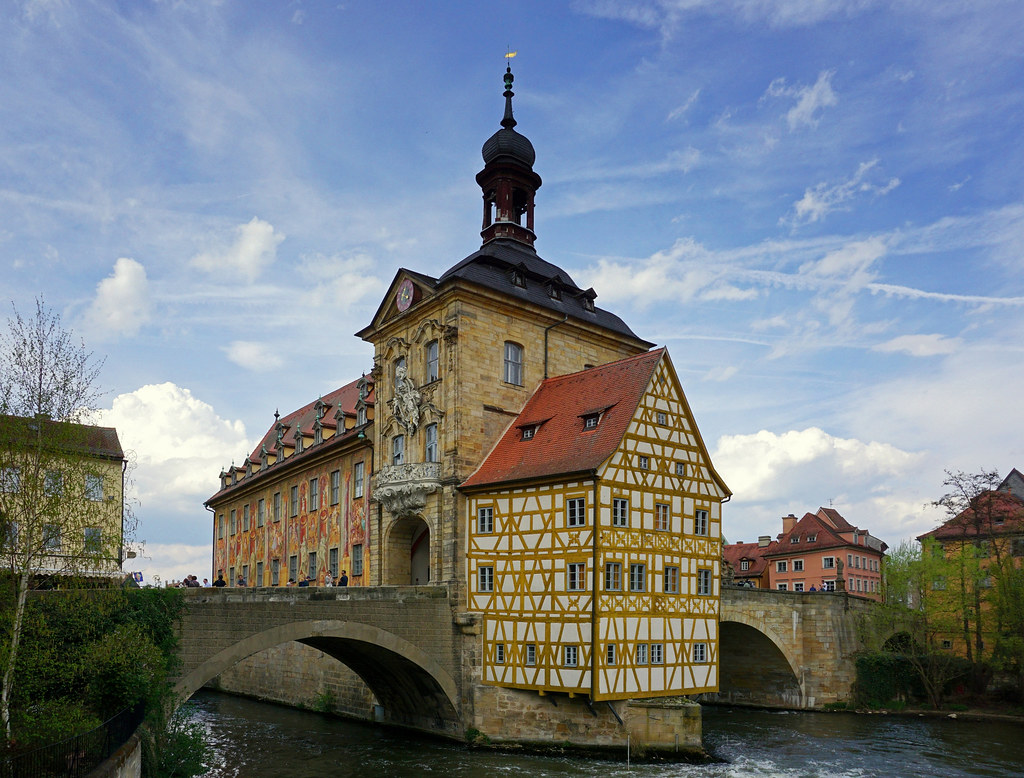 But behind this romantic atmosphere is hidden a cruel witch-hunt history, a period of torture and executions running from 1626 to 1631 that took the lives of many victims. A Drudenhaus, or witch prison, was constructed especially for this purpose. Among different torture methods used were ice-cold baths, thumbscrews, flogging, iron-spiked stocks, force-feeding with salty herring and other horrible variants. During this persecution process, women, men, and children suffered alike, as well as ordinary citizens, regardless of their status. People who expressed sympathy or doubt on behalf of the victims became victims as well. Accusations were not public, and the suspected couldn’t get a legal defence.  But after complaints from influential people, Emperor Ferdinand issued mandates against persecution, and the death of Bamberg’s ruler Prince Bishop Dornheim closed this mournful chapter. 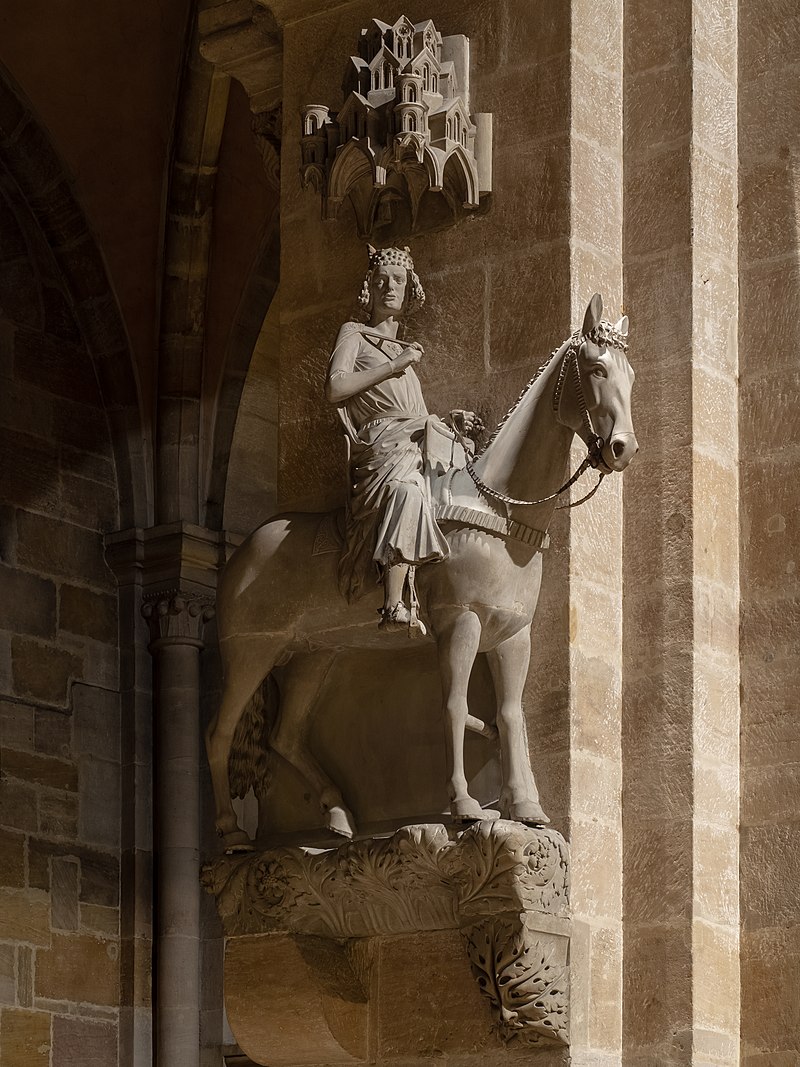 As you can see, it isn’t strange that the city is shrouded in stories and legends. Some are related to the Bamberg Cathedral (Bamberger Dom), or connect to the Bamberg Horseman monument, one of the symbols of Bamberg. Who could that man be? There are a lot of different possibilities, but according to the latest version of the story, it’s likely King Stephen the First of Hungary. You can also learn about the tale regarding the creation of the Cathedral Toad Lions sculpture.  To find out more about the Cathedral online there is information here in English:
https://sites.google.com/slu.edu/bambergcathedral/home?authuser=0
Near the Cathedral you’ll also find the Old Court, (Alte Hofhaltung) currently open as a Historical Museum of Bamberg, but previously served as a chancellery, library, and council chamber, and was a residence for bishops many centuries ago. 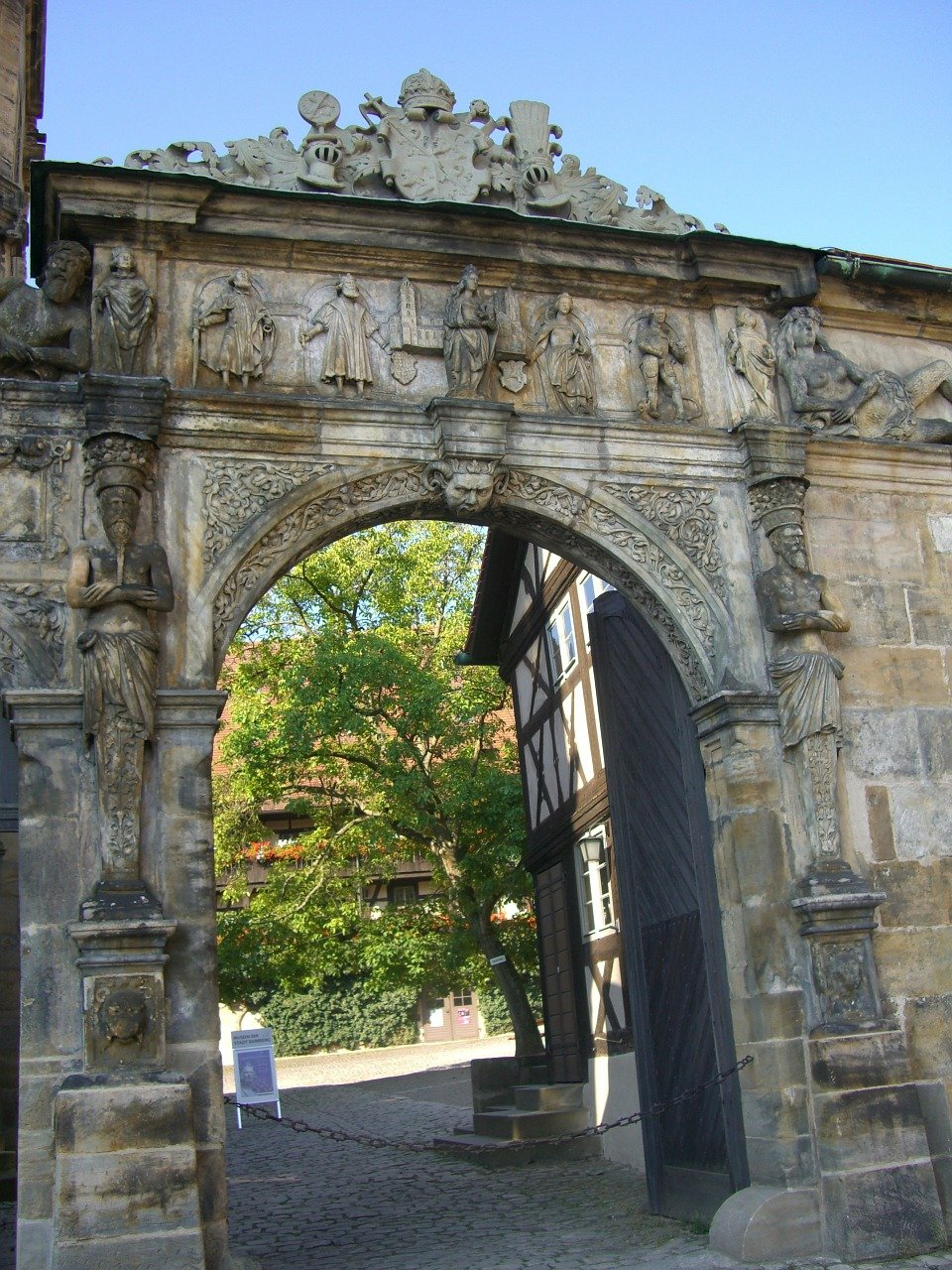 If you want to dig deeper and have a flashlight handy, you can explore the secrets of the underground catacombs (access only with an official tour) which are almost 12km deep; they are also an amazing sight to see dating back to the 11th century.

At the end of your visit, don’t forget to stop by the Franconian Brewery Museum and try some of Bamberg’s famous smoked beer (Rauchbier) before you hit the road!

Our Bamberg top 10 things to see and do.

Once again Bamberg is allowed to welcome guests. Since several days the local 7-day incidence has remained below the 50 mark. An overview of everything that is already open in Bamberg or will reopen soon can be found here. Be aware that some venues listed may still be closed, and you may also need to book tickets in advance, even if entry is free. Provided you have time and you want to visit at least two or more attractions that otherwise require an entrance fee, it is worth buying the BAMBERGcard (€16.00). Valid for three days it includes an audio-guided tour of the city called “Fascination of a World Heritage Site”, admission to several museums and exhibitions (conditions may apply), as well as free travel on buses and trains in the Bamberg area. Please remember: A negative Corona test may be necessary when visiting museums and exhibitions and for many shops and cafés. 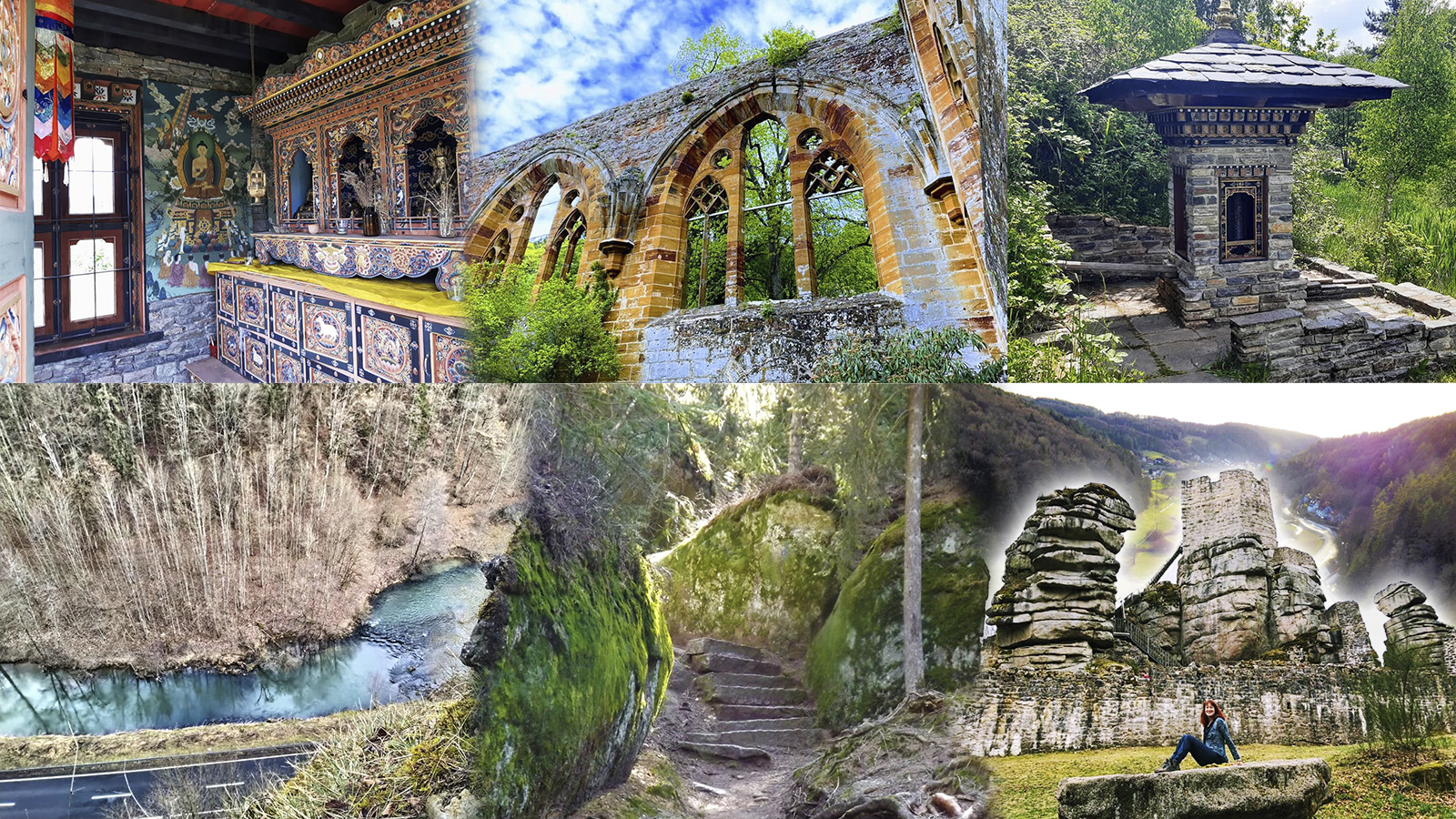 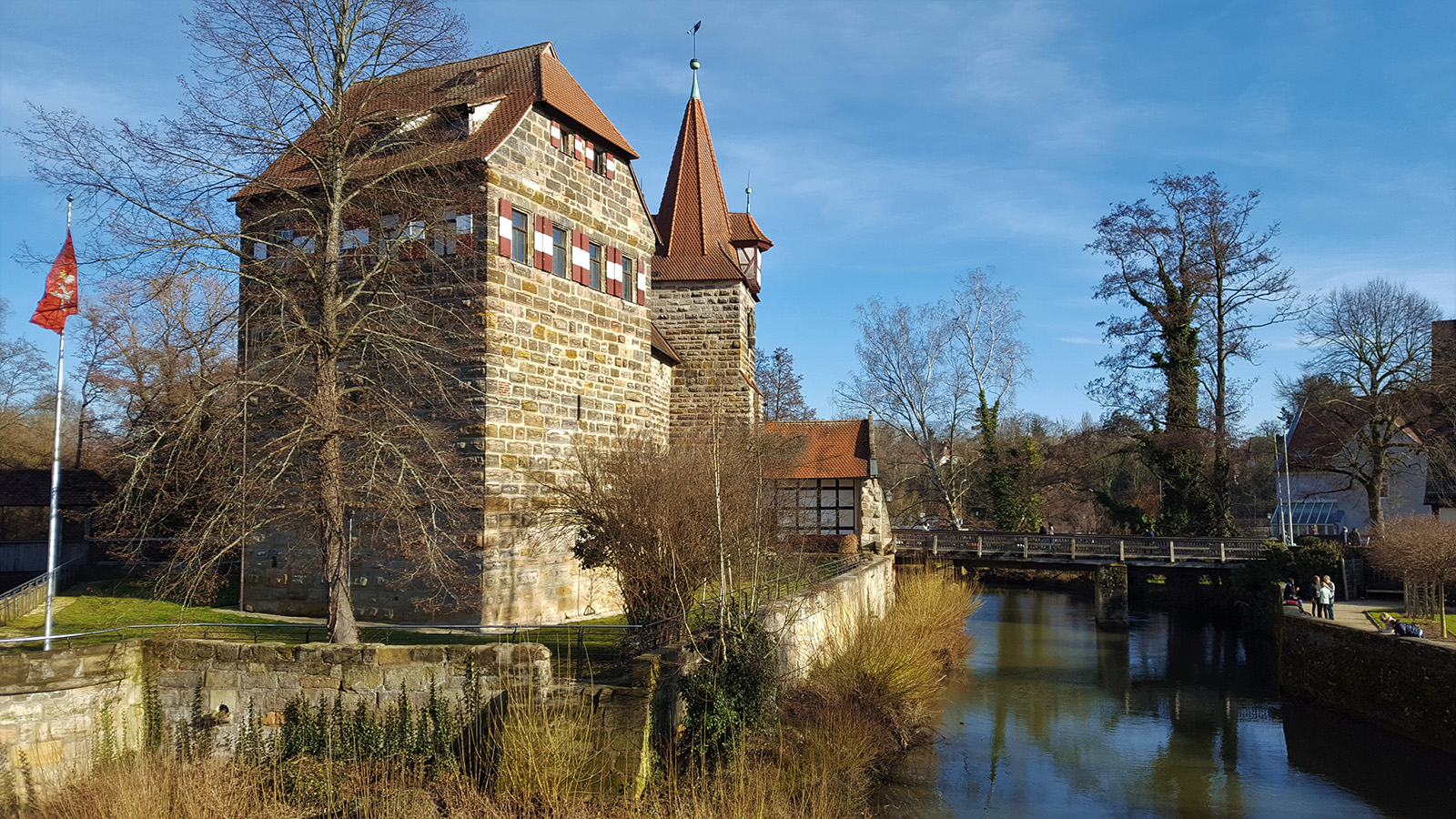 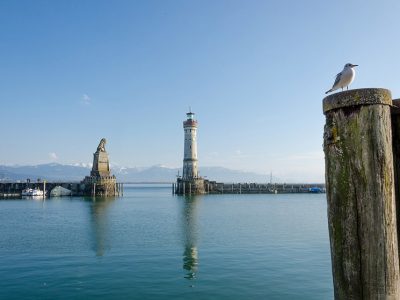