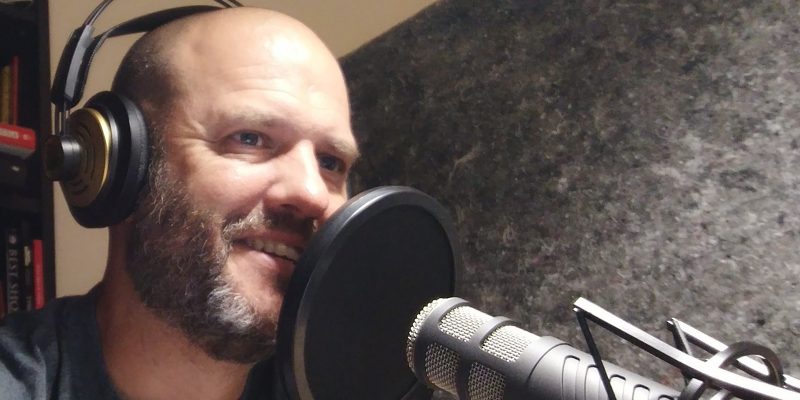 “My favourite thing is talking to interesting people and learning their stories. I get a lot of energy and a lot of new ideas and new perspectives just from talking to people,” says Shaun Behrens during our Skype interview. He is the charismatic host of ‘The Germany Experience’ – a series of podcasts started in May 2019. The podcast is about life in Germany seen through the eyes of non-Germans, and covers various topics with guests from around the world. In our interview, I got to know what brought Shaun to Germany, how he began the podcast, and his insightful advice to fellow content creators.

Originally from South Africa, Shaun moved to Germany with his wife 13 years ago, and they are now settled in the Franconian countryside, some 50 km outside of Nuremberg. His relocation to Germany arose from a love of travelling to Europe, a job offer, and the situation regarding safety in his home country.

“My wife got offered a job in Germany,” Shaun explains. They had taken long trips to Europe in the past visiting the UK, Switzerland, and Italy, but unlike his wife, Shaun had never been to Germany when they decided to take the plunge.

“I was like, it’s pretty crazy moving to a place I’ve never been to before! We’d been to Zurich together and my wife said it’s kind of similar to that – I mean it’s not anything similar to that, but it’s close enough!” Shaun recounts, humorously.

He also cites the high crime rate in South Africa as a big reason for moving abroad and similarly, the security he now experiences as being one of the big pros of living in Germany.

“You live in a bubble in South Africa,” he explains. “Everyone lives in high walled estates with electric fencing and you live in a sense of paranoia all the time because of all the crime that’s happening around you. We didn’t feel very free.”

The idea to do a podcast came from Shaun’s love of radio from a very young age. “I was a very shy person growing up and radio was kind of my friend,” he says. “I used to pretend I was a radio DJ back when I was a teenager. I used to record myself talking and just pretending I was on the radio.”

But instead of pursuing a career in radio, Shaun ended up going a completely different route which wasn’t as creative as he would have liked. After working in a career for many years, which wasn’t fulfilling, 2018 brought the chance for change. A job in content marketing in Nuremberg gave him something to be passionate about and his job didn’t feel like a job. In May 2019, he decided to finally start that podcast – an idea which he had been carrying around for a long time.

The Germany Experience usually features guests and their stories. At first, Shaun was able to have guests on his podcast from the large base of foreigners he knows from Nuremberg and Frankfurt. He would also contact people via Facebook when he would see interesting posts and ask them more about it. Since the podcast started getting a following, people have been regularly asking him to be on his show. 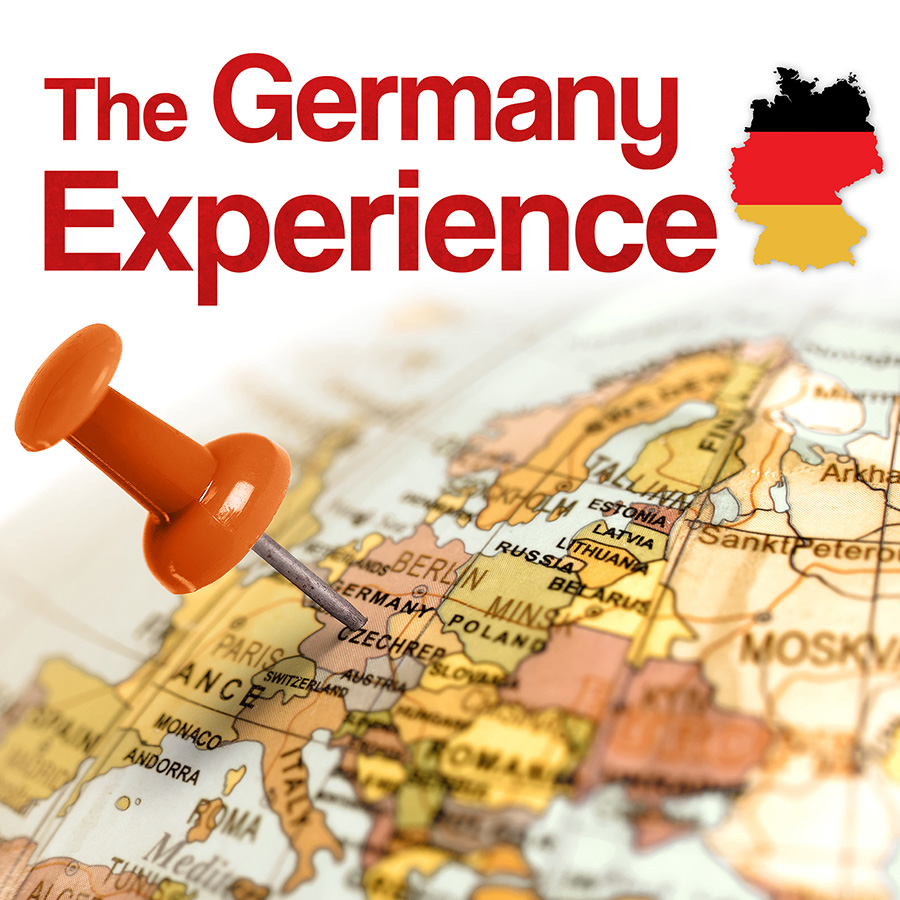 Shaun reveals how he loves connecting to other people and finding out about their backgrounds and reasons for coming to Germany. “Foreigners living in a different country are generally interesting people because it takes a specific kind of person to make that leap. There are so many interesting stories out there that I thought – I have to find them and tell them somehow.”

Starting out wasn’t easy, as he soon discovered. In the beginning, it felt very awkward for Shaun to interview people he’d never met before.

“I’d just march into their house with all my equipment, set up everything and then I’d be sitting across the dining room table from someone I’d never met before and I’m supposed to make conversation with them now and ask them personal questions!” Shaun said jokingly.

Shaun had friends and family who would listen and provide feedback at first, but after seeing little to no increase in the number of listeners, he considered throwing in the towel.

“By episode seven or eight, I was feeling, wow, this is a lot of work. That’s the thing you don’t realize about a podcast. I mean, I knew there would be some work, but I didn’t imagine how much. There weren’t many downloads and I thought – what’s the point?”

Shaun tells me that just as he made the decision to quit, he got a one-line email – someone from the United States, his first feedback ever from a complete stranger.

‘Your podcast is incredible – I’m going to be moving to Germany later this year, and it’s given me so much information and inspiration, keep it up!’ 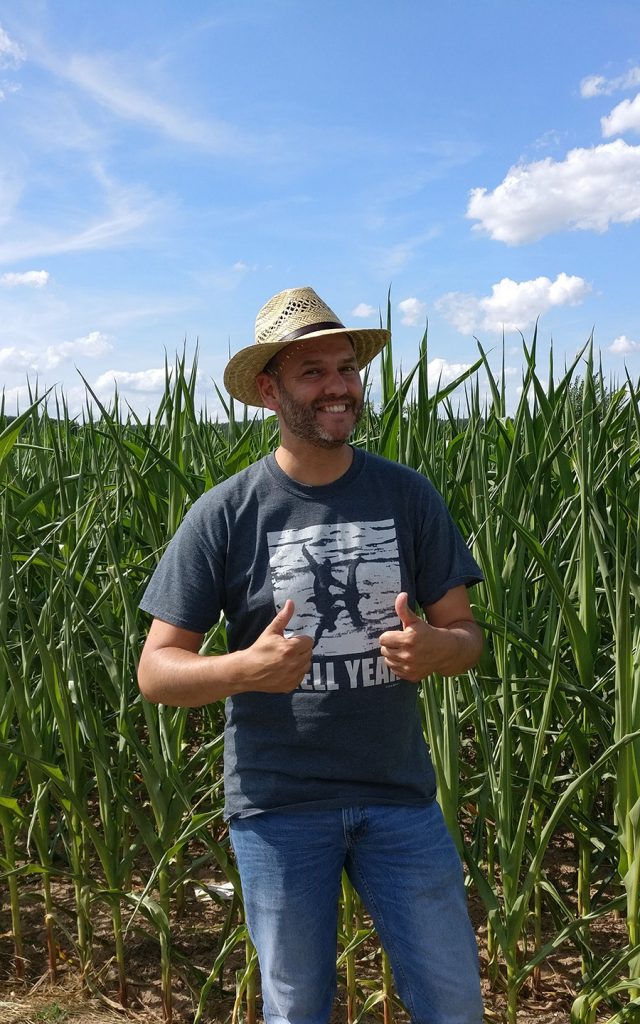 After that, Shaun began receiving a lot of similar feedback. Listeners were either already here and relating to the episodes he was putting out or thinking of moving to Germany and appreciated the information they got from the podcast.

It wasn’t just that people enjoyed listening to The Germany Experience – they were able to relate to it as well. One episode delves into a guest’s experience of being in Germany when his father passed away. Other topics covered on the podcast range from more serious discussions such as dealing with depression while in Germany, returning home after living here for many years, life and identity in a different language and culture, to more lighthearted banter on German idioms and stereotypes – and everything in between.

“I had a lot of people writing to me saying that they experienced similar things and it really connected to them on an emotional level. If I can do that for a handful of people, that would make me happy. That’s my main goal.”

However, hosting a publicly available podcast doesn’t come without criticism. He had quite the story to tell about the first negative feedback he received, which was about an episode concerning Carnival, known as Fasching in Germany.

“I do not like Carnival. I hate it!” Shaun explains jokingly, “I get that people have fun and it’s all great – but in this episode I just let it rip. I was very open about how I feel, but I didn’t think I was too harsh – it was more just like ranting because I do feel it’s ridiculous, but I also don’t mind that people have fun with it.”

That very week, someone gave Shaun his first 1-star review on apple podcasts – an angry listener who suggested that if he doesn’t like Fasching then he should return to South Africa.

“I thought – that’s a little extreme!” Shaun says, sounding amused, “So in the following episode, I responded to the 1-star review – it was a lot of fun, and I got a lot of good responses to my response!”

Despite the unruly comment, Shaun was delighted to have received his first negative review. “It meant someone was listening to the podcast that I didn’t know and was angry enough to write a review and tell me about it. That means I’m reaching people as well.” 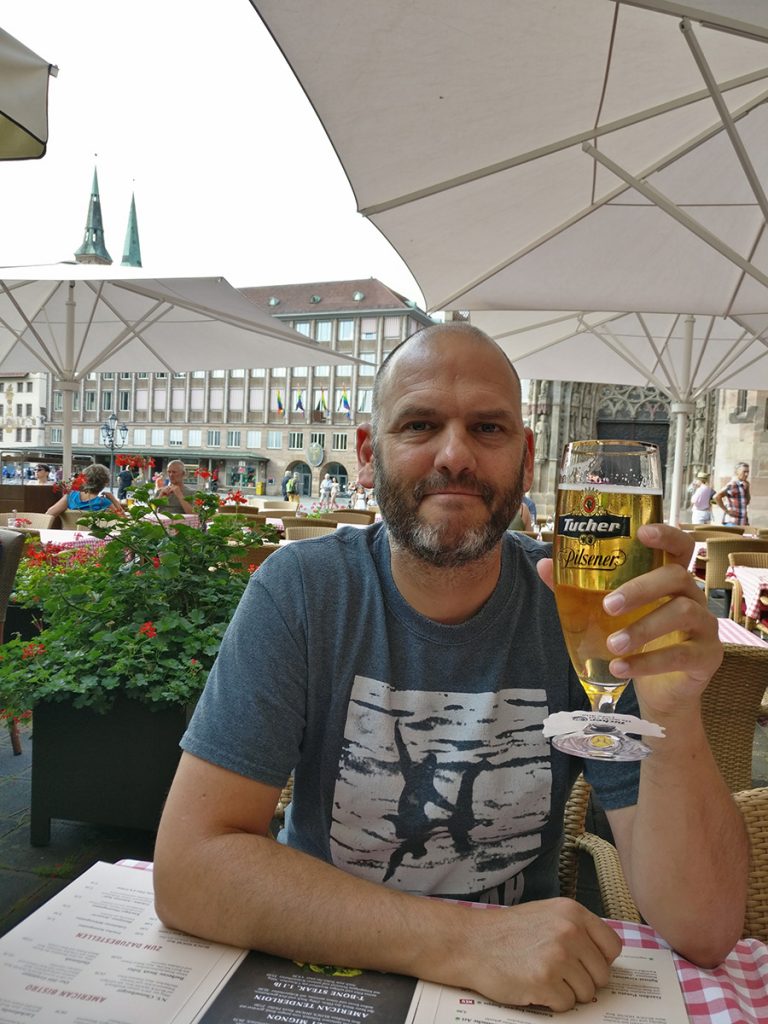 It’s fascinating to see how different people react to The Germany Experience, although Shaun’s podcast was not always titled as such. In the beginning, it was called Expat Life Germany, something he gradually realized he would have to change.

“The Term Expat is pretty loaded in its language. When I spoke to a Pakistani person, he was surprised that I invited him onto a show called ‘Expat Life Germany’.” It turns out that he thought that the word Expat represented someone moving from one country to another with a similar standard of living, and everyone else was deemed a ‘migrant’ or ‘immigrant’. I wanted the podcast to be more about the broader picture, not just a specific subset of people – which is why I eventually changed the name in February to ‘The Germany Experience’.”

There is also lots to be learned from hosting podcasts with a myriad of different guests from various backgrounds. For Shaun, Germany has been an incredible and positive experience. Others might not appreciate those experiences in the same way.

“Not everyone comes to Germany wanting to come here,” Shaun explains, suggesting that circumstances such as poverty bring a lot of people to Germany who may have very different mindsets. “I always used to take the approach that – how can you move to a country and not learn the language? But when you think about it, if you have to move somewhere because of a horrible situation back home, maybe you don’t want to [learn the language], or maybe you resent the country you’ve been forced to move to because you had to leave home.”

Shaun has also learned a lot about podcasting itself and recommends others who are interested in starting one to do so, given that the setup costs are relatively low. He also advises others not to be afraid of doing something creative just because there may be a lot of similar content out there.

“If you’re embarking on a creative endeavour and it feels like there might be a lot of other people in that field, who cares? Just do it. People might be looking for exactly your voice,” Shaun adds. “You might be the voice that people relate to even if you don’t think it yourself. Figure out what you can do to make it unique and interesting and put as much of yourself into it as possible and it will probably strike a nerve with people if it has good content.”

He also stresses that it isn’t a competition. “If people are interested in what life is like as an expat in Germany and there are three podcasts – they’ll listen to all three. They will choose yours if you bring something unique to the table and that can only be yourself – your own unique personality.”

In addition to a full-time job and a podcast, Shaun is a father of three and plays in a band in Frankfurt called 10 Cent Janes. When asked how on earth he has time for all this, his response was both genuine and succinct. “I have a very understanding wife!” he says. “She gets that I need to do these things because I do.” On top of having excellent family support, allocating time to these various components is vital. “I try to keep everything separate from family time,” he stresses and keeps podcasting to a small window at the end of the day after the kids are asleep. “I don’t sleep much,” he jokes.

Shaun releases new podcasts every week; you can find both previous and current material on his website:

as well as on Apple Podcasts, Stitcher, Spotify, Pocket Casts and Google Podcasts.

A link to his band 10 Cent Janes can be found here: