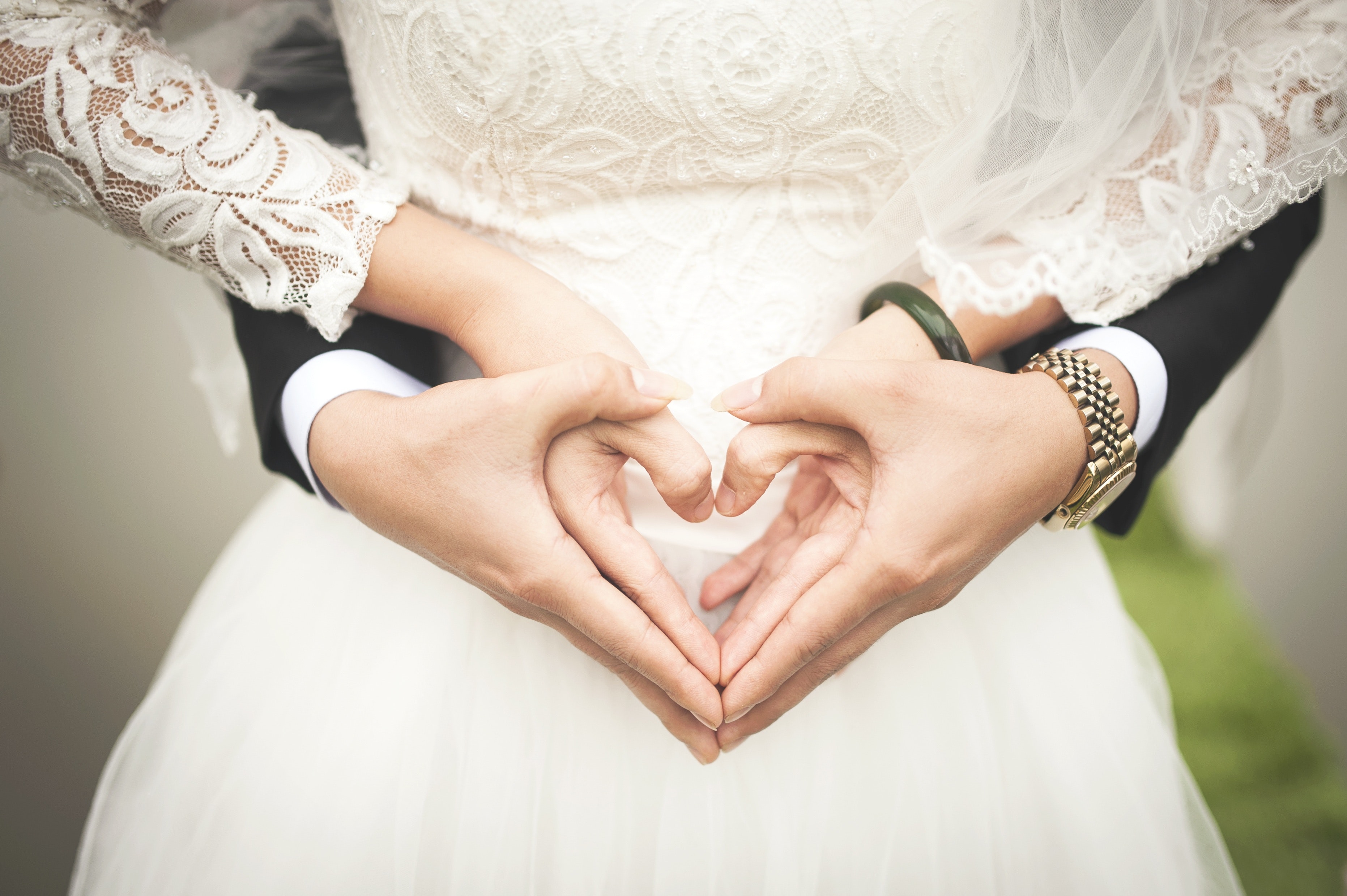 For the longest time in my life, marriage had been a rather abstract concept. In the past decade, several of my cousins and close friends got married, and while being extremely happy for them, each time I thought to myself, I’m glad it is them because I’m not ready for something like this (yet).

On a sunny day in mid-October of 2019, that all changed. I had the day off and was meeting up with my girlfriend after a routine doctor’s appointment she had scheduled. The news that she was pregnant caught both of us rather off-guard. We had been going steady for a while and frequently joked about how it would be a good time in both of our lives to start a family, but we had not been actively trying. After eating a Döner-Kebab at our favorite place in silence and processing the rush of feelings we were both having (roughly 90% extreme happiness and about 10% total panic), we were beginning to feel psyched about it and started setting up a game plan.

One thing we both agreed on was to be married before the birth, which, from an administrative standpoint, was not entirely trivial. I am German, but my girlfriend is a citizen of the People’s Republic of China. There were quite a few necessary steps to be taken in such a case, and I would like to share our experience here to help others avoid the potential pitfalls that can arise.

In principle, two people living in Germany with any combination of citizenships can get married if they are both eligible. Being eligible generally means that you are of legal age and are not already married.

The required documents will vary slightly depending on:

(a) The nationality of each party

(b) Whether you have been previously married

(c) Whether both partners are residents of Germany

(d) The individual requirements of the registry office (Standesamt) that will process your marriage.

Therefore, it is  essential to make an appointment in person at the registry office of your hometown for an initial consultation. There you will receive a written list of all the required documents tailored to your individual situation.

In our specific case, we needed:

For me (A German citizen):

For my girlfriend (PRC citizen):

The documents required from Germany are fairly easy to acquire. Those born and living in larger cities such as Nuremberg, Erlangen, and Fürth allow you to order your birth certificate and extended registration certificate online and have them mailed to you. If you live in a small town, your best bet is to call the registry office. They will then prepare the documents for you to pick up. Fees range from 5-15 Euros per document.

Getting the required documents from China was a bit more complicated. Normally, the birth certificate and household register must be requested at the corresponding registry office in China in person.

However, as we found out, it is possible to issue a power of attorney to a family member, friend, or courier agency. This must, of course, be notarized by a body of the Chinese government. In our case, we chose the Chinese Consulate General in Munich. Having made an appointment in person, my girlfriend had her identity confirmed and signed a power of attorney in the presence of a consulate official, after which it was officially stamped and notarized. While this does take some time, the trip to Munich is much shorter and cheaper than a trip to China and back.

Once the birth certificate and household registry are obtained, they need to be legalized. Legalization, in simple terms, is a process in which the authenticity of the document in question, as well as the authority of the issuing body, is confirmed, so that it may be used for legal proceedings in a different country. In practice, this meant pre-notarization of the birth certificate and the household register copy by the issuing registry office, translation into German, confirmation of the authenticity of the translation by the German Embassy in Beijing, and finally, additional notarization by the Chinese Foreign ministry for use abroad.

While this sounds rather bureaucratic, the process is quite common between many countries in the world. While managing this process from Germany, we found it helpful to use one of the many agencies which handle this back and forth process by courier delivery. This comes at a price, and I highly recommend choosing a good agency, even if it sets you back a few hundred Euros. They have the experience and know exactly how to get the process done quickly.

Our documents arrived at the beginning of January, about six weeks after starting the process. We have heard from friends that this is rather fast, and that the process can take up to 3 months. For us, though, it arrived just in time. My girlfriend is from a medium-sized city in Hubei province, and a mere two weeks after receiving the documents, the city was put on total lockdown due to the Covid-19 pandemic. Not wanting to waste any time, we quickly submitted all necessary papers to the local registry office in the city where we live.

The documents were checked over the next 4 weeks, and in our case, it was pointed out that the translation performed within the scope of the legalization process was not sufficient and needed to be verified by a court-appointed translator. This was not a big deal though, since a database of court-appointed translators maintained by the German judicial system for a myriad of languages can be found online (Link). We chose one nearby, brought the documents in person, and picked them up again two days later. After resubmitting the documents with the certified translation, it took another two weeks to receive the call that we could come by to make an appointment and get married.

This was quickly taken care of, and as we were getting up to leave, the registry officer jokingly added that our wedding date might have to be postponed, depending on how this whole Corona thing develops. That was on March 10th. Starting to feel a little bit like we were standing on a surfboard trying to keep our balance right in front of the huge tidal wave that was Covid-19 behind us, we crossed our fingers and hoped it would turn out for the best.

Our plan from the start was to only go for the civil marriage ceremony with the immediate family, and then celebrate big in the coming year. In retrospect, we are delighted to have planned it this way. Just ten days later, we got a call from the registry office stating that we could still get married, but no guests were allowed to be physically present due to contact restrictions issued by the Bavarian government. We also had the option of postponing the wedding, but opted to go forth as planned since the estimated birth date of our child was growing closer.

It was quite a blow having to uninvite our family from this meaningful event in our lives. Nonetheless, knowing that we would re-celebrate the coming year with family and friends, we pushed on and ultimately did get married as scheduled. I assisted with the bridal hairstyling, we shot our own wedding photos using our own camera with a remote shutter release, and my brother had a wedding cake delivered to our home the morning of the wedding. In going with the times, we were also able to set up a video conference for the ceremony and enable family members to attend virtually, who otherwise would have been absent, as they are spread out all over the world.

Just under two months later, our son Daniel was born, happy and healthy to two proud and happily married parents.