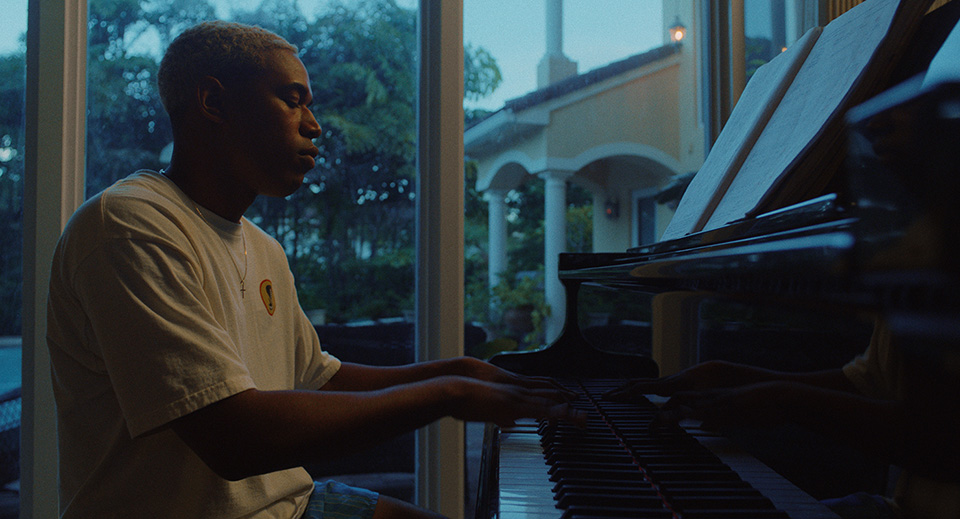 Set against the vibrant landscape of South Florida, and featuring an astonishing ensemble of award-winning actors and breakouts alike, “Waves” tracks the epic emotional journey of a suburban African-American family – as they navigate love, forgiveness and coming together in the aftermath of a loss. The movie tells the story of the patchwork-family “Williams”, which is led by well-intentioned but domineering and strict father Ronald Williams. The film itself is divided into before-and-after stories, each lasting over an hour, with a different character at the centre. The first half belongs to the son, Tyler, a popular high-school senior on the wrestling team, who seems to have everything going for him — a promising career as a college wrestler, a beautiful girlfriend and an active social life, and a supportive family backing him up — until a bad decision and some bad luck change the trajectory of his life – and not just his. The second half of the film is carried by the daughter, Emily, who, after her brother was sentenced to life in prison for second-degree murder, must try to overcome the harassment at her school and break-up of her family. The audience follows her journey navigating her  family tragedy and her experience falling in love for the first time.

Waves had its world premiere at the Telluride Film Festival on August 30th, 2019, and was released in the United States on November 15th, 2019. It received positive reviews from critics, who praised the performances (particularly that of Harrison Jr., Russell and Brown), cinematography, and Shults’ direction. Most of the critics praised WAVES for being extremely ambitious and heart-breaking, but its racial politics, challenging style, and unconventional storytelling are what makes it somewhat difficult for the audience to follow the plot and understand its subliminal messages.

“Waves stirring and showy, this is the kind of cinema that keeps you young” (The Telegraph; Posted Jan 16, 2020). “Waves” is definitely not a film for everyone, but it has hidden depths that will reward the patient” (Arizona Republic; Posted Dec 5, 2019).

Shults’ third film is a deeply personal statement on love and loss. I must confess that Waves has touched me extraordinarily. I got goosebumps from the first minute right to the end of the movie! It conveys a lot of profound and true insights and relays the black middle–class experience in today’s America. “We are not afforded the luxury of being average”, Ronald tells his son Tyler at one point early in the movie and this statement tells us so much about the still existing everyday discrimination and racism black people are confronted with along with the ever present racial tension in the United States. The electric now and then aggressive and the negative energy, as well as the beautiful moments and emotionally intensive part of the movie are complemented by a great soundtrack which features a compilation of contemporary rap, R&B, alternative, and experimental pop music by artists including Amy Winehouse, A$AP Rocky, Chance the Rapper, Frank Ocean, H.E.R., Kendrick Lamar, Kanye West, Radiohead, SZA, Tyler, the Creator just to mention a few.

In cooperation with the Filmhaus cinema ENGLISH POST are giving away 2 cinema tickets for “Waves”. How can you  get hold of them?

Please note that, due to the restrictions resulting from the Covid-19 pandemic, it is highly recommended purchasing tickets in advance online (via https://booking.cinetixx.de)  or during regular opening times (Mon. – Fr.: 10 a.m. to 6 p.m.) at the ticket counter of the Kultur Information at the  KunstKulturQuartier, Nuremberg.