As children, we would often play in a derelict cottage on the outskirts of Wylam village, on the banks of the River Tyne. The cottage was purportedly the birthplace of George Stephenson, the man who built the first locomotive capable of hauling goods and passengers. Today that cottage is a museum, run by the National Trust. If the visitors only knew what we got up to in there when we were kids! As fate would have it, when I left home and moved to Germany, I finally settled in Fürth, the town where the first German locomotive, Der Adler, built by George Stephenson’s company, ran between Nuremberg and Fürth in 1835. 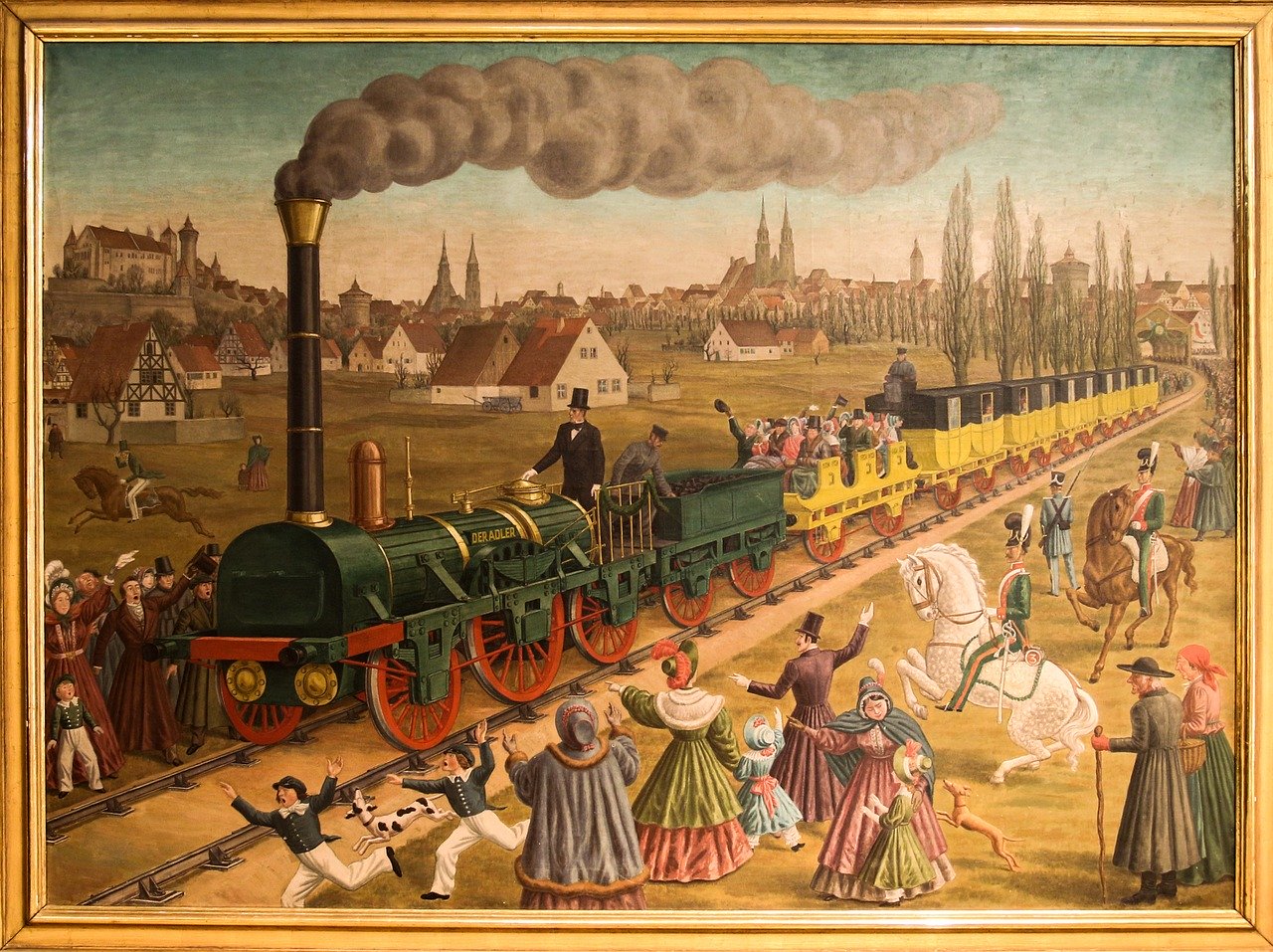 A replica of the original Adler can be seen at Nuremberg’s Railway Museum (DB Museum Nürnberg), where they also show a film of the German delegation in Newcastle discussing their requirements with Stephenson’s engineers. One last coincidence: two years after arriving here, I was asked to teach English to the staff of the Bundesbahn in Nuremberg. As far as I know, trains have now stopped haunting me. Inside the Jakobinenstraße underground station at the Gebhardtstraße exit, you can see a beautiful wall mosaic of Der Adler, which was created by a local artist to celebrate Fürth’s one-thousandth birthday in 2007.

Before the renovation began in 2008, people often overlooked the splendour of the Art Nouveau and Historicist architecture that so impresses today’s visitors to Fürth. Even people who had grown up here didn’t understand what all the fuss was about when film crews began to show up in Königswarterstraße to shoot movie scenes in the magnificent Art Nouveau houses of Fürth’s “Prachtstraße.” Few locals would have known that Fürth has two thousand recognised architectural monuments. 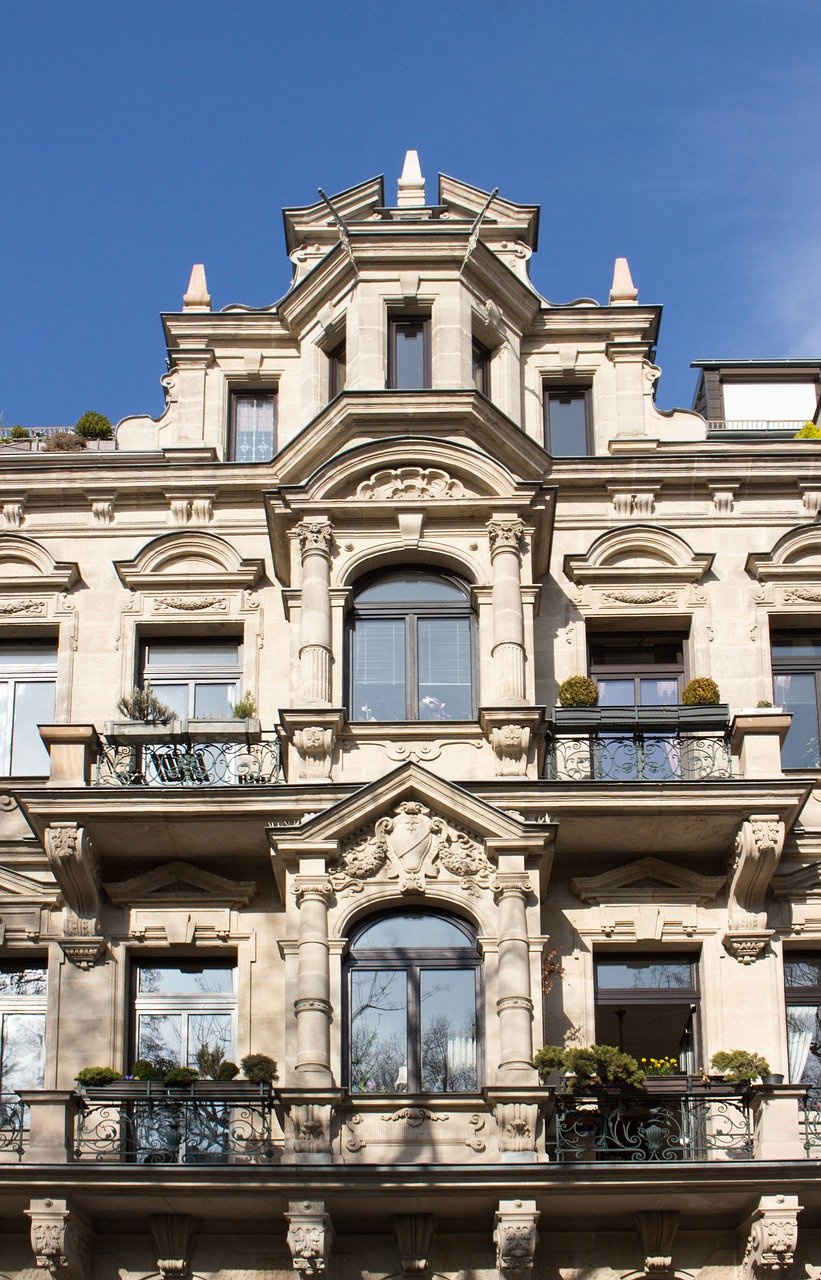 They had so little confidence in their home town that if visitors asked where they could go out to eat and have a few drinks, they would be told to take the U-bahn to Nuremberg! A dozen years ago, the facades of many houses were black with coal dust and in desperate need of renovation. The coal-fueled industrial boom of the nineteenth century saw Fürth become a leading manufacturing centre for mirrors, furniture and toys. The dependence on coal in homes and industry had a devastating effect on people’s health and the condition of the buildings in which they worked and lived. Jakob Wassermann, the world-famous author, dubbed his home town “The city of soot from a thousand chimneys.”

As a matter of fact, Fürth has produced more illustrious sons than just Wassermann. Henry Kissinger was born in Mathildenstraße and went on to become Secretary of State of the United States of America (USA). He was also awarded a Nobel Peace Prize.

Ludwig Erhard was Minister of Economic Affairs from 1949-1963 and led the German Federal Republic’s Wirtschaftswunder (economic miracle). He then became the Chancellor from 1963-1966. In 2018, the Ludwig Erhard Centre, a museum celebrating the life of this great statesman, was opened in Fürth. 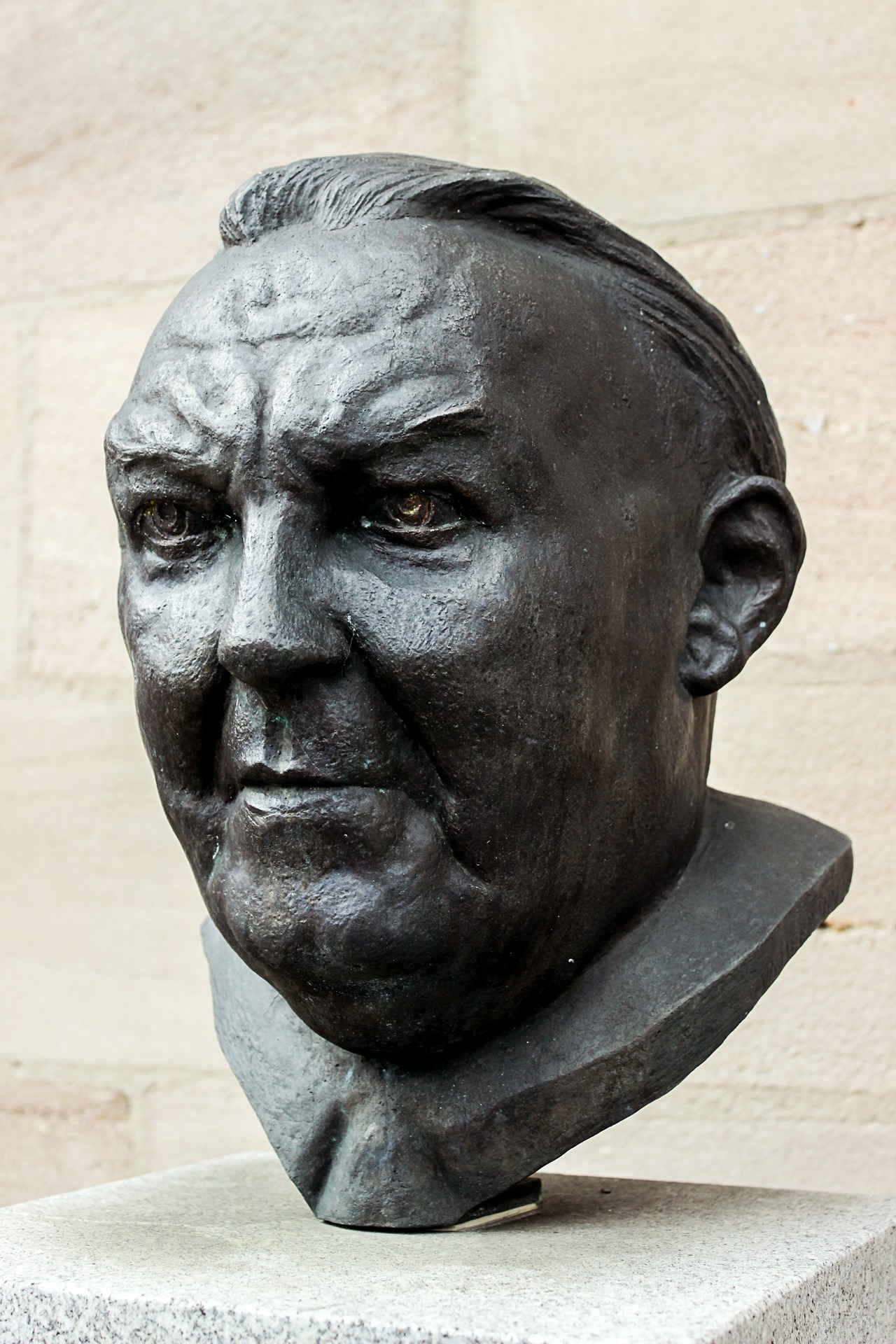 If that’s not enough to instill pride into the Fürth population, then how about Fürth-born Rudolf Kreitlein? He was a referee at the 1966 World Cup finals, won by England with a little help from a cross-eyed linesman. During the quarter-final game between England and Argentina, he had reason to send off an Argentinian player, but could not make himself understood. An interpreter was called, and the player finally left the field of play. After the game, Kreitlein talked to referee supervisor Ken Aston and said that it couldn’t go on this way. Inspired by the English traffic light system, he came up with the idea of the red and yellow cards that have become an indispensable part of the game.

Before moving to Fürth, I had visited a few times in the eighties on business. My company’s primary customer was the US military, and the American PX (Post Exchange – a shopping centre for American army personnel) in Waldstraße was the biggest PX outside of the USA. The site of the PX, which is now the Phoenix Centre, was a bustling hub of activity with fast food outlets, US car dealers, and other vendors touting their wares. On any day of the week, it would be swarming with military personnel from all over Bavaria. It was in the snack bar here that I learned to eat bacon, eggs, home fries, sausage, French toast and pancakes with maple syrup – all on the same plate. Delicious! What is now the Südstadtpark was an army base: Derby Kaserne and the Kalbsiedlung housing estate was formerly US military housing. Basically, the whole of the south side of Fürth was dominated by Uncle Sam, and the army was a significant provider of employment to hundreds of Fürth residents. Unfortunately, they were all made redundant when the US began the military drawdown in the mid-nineties.

Fürth certainly had a less-than-favourable reputation back then, and tongue-in-cheek jibes from Nuremberg residents were commonplace, “Lieber fünfter als Fürther” (Better to come in fifth place than to be from Fürth) being one of the most overused insults, which generally only drew a feigned yawn from the intended quarry. However, even Nurembergers willingly eat humble pie and praise the transformation of this formerly hidden jewel. Today, Fürth is one of the most desirable towns to live in, not only in Bavaria, but in the whole of Germany.