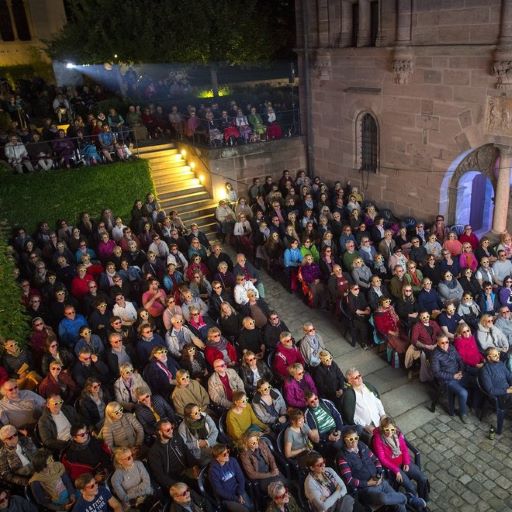 SommerNachtFilmFestival 2022 in Nürnberg, Fürth and Erlangen

In the past two years, the SommerNachtFilmFestival due to corona could only take place in a reduced form and with spontaneous planning. This summer it will return in full – with a new, extraordinary venues.
“We are very happy that we are once again able to play all the festival’s regular venues in Nuremberg, Fürth, Erlangen and Schwabach in full,” says Felicitas Lutz from the organization team of the Mobile Kino e.V. (Mobile cinema association). She is particularly pleased that family-friendly offers such as the overnight cinema in Nuremberg’s Marienbergpark and the screenings in the zoo can take place again at the 35th edition.
In addition, screens will be set up in Nuremberg’s Desi district centre, Krafft’scher Hof and Tucherschloss between 3rd and 28th August. Filmhaus and KommKino, both located in the Künstlerhaus, will continue to play in the Katharinenruine. In Fürth, the open-air stage in the city park becomes the summer cinema, in Erlangen the Lamm-Lichtspiele cinema will organize the programme at the Bleiche, and in Schwabach the restored courtyard of the Altes Deutsches Gymnasium (ADG) is the venue.
The rest of the film programme is again coordinated with the venues: The festival starts on 3rd  August at the Desi, where mainly documentaries and films with a political and socially relevant slant will be shown. m Tucherschloss, selected literary adaptations will be shown from 20 August. The Filmhaus in the Katharinenruine presents films worth seeing off the mainstream and often in the original with subtitles.
And while special stories from other countries or times play a role in the Renaissance ambience of the Krafft’schen Hof, the Marienbergpark, An der Bleiche in Erlangen, in Fürth’s city park is home to comedies, Hollywood productions, feel-good stories and dramas, among others.
Wanna find out more about the rich independent cinema scene in Franconia? Then feel free to read this article: Culture in Lockdown – Part I
All films, starting times and further information at:
https://www.sommernachtfilmfestival.de

The event is ongoing.